So we (well, let’s be honest: Becky) had the kids’ closets all nice, neat, and organized. Then our remodel happened, and a giant new HVAC system was installed upstairs. The good news is that the upstairs now has hot and cold air, which will help keep the whole house habitable during the coldest and hottest days of the year. The bad news? Note the giant new duct, and the “system” of random baskets acting as Lucy’s dresser. This was the state of things for several months until the remodel was complete and things stopped changing. Clearly something needed to be done. So Will and I headed to Ikea.

And after a few scattered days of building flat-pack furniture (I distinctly remember frantically trying to finish one piece while a cab was waiting to take me to the airport) and many of Becky’s organizing hours, it was done. Oh, and Becky decided it was time to rearrange Lucy’s entire room (Will’s had been done for a while now). 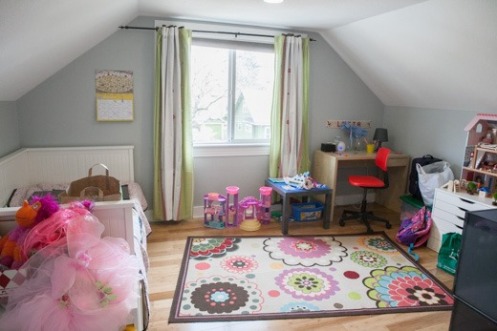 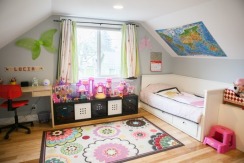 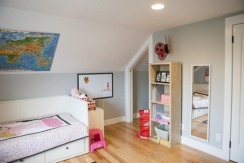 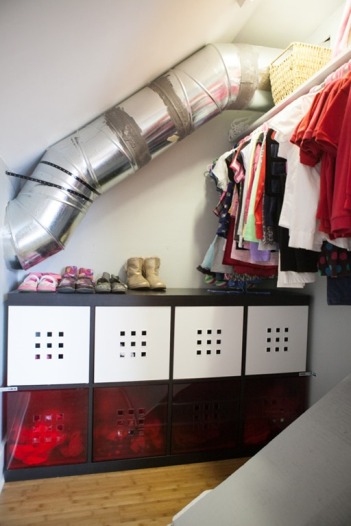 Here’s will’s closet before the change. Notice how the pole brackets are actually pulling out of the wall, because the HVAC workers had to take out the shelf.

And after. He also moved up to grown-up sized hangers! 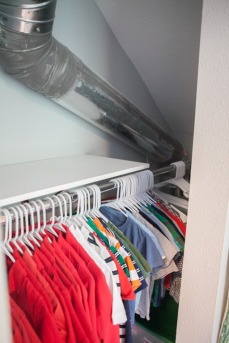 It was tough losing so much of the kids’ closet space to ductwork, but in the end it’ll be much nicer. The kids are thrilled, and Becky doesn’t get stressed out every time she goes up there!