For Will’s 12th day gift last year, he got a day with Mom and Dad at Oaks Park! Becky’s been going here since she was a kid! August is obviously the best time to go, so we dropped Lucy at the Jenson Grandparents’ castle, and headed to lovely southeast Portland.

Our first ride of the day. I haven’t been on one of these in probably 20 years, and didn’t really like them then. By the end, Will wanted us to rock more, and I just wanted to get off.

Will didn’t like being the rodent in the pink uniform. Or at least he said he didn’t.

In this picture, we’re going about walking speed. Our grins got wider as we went faster.

Some of the rides wouldn’t fit us old folk. 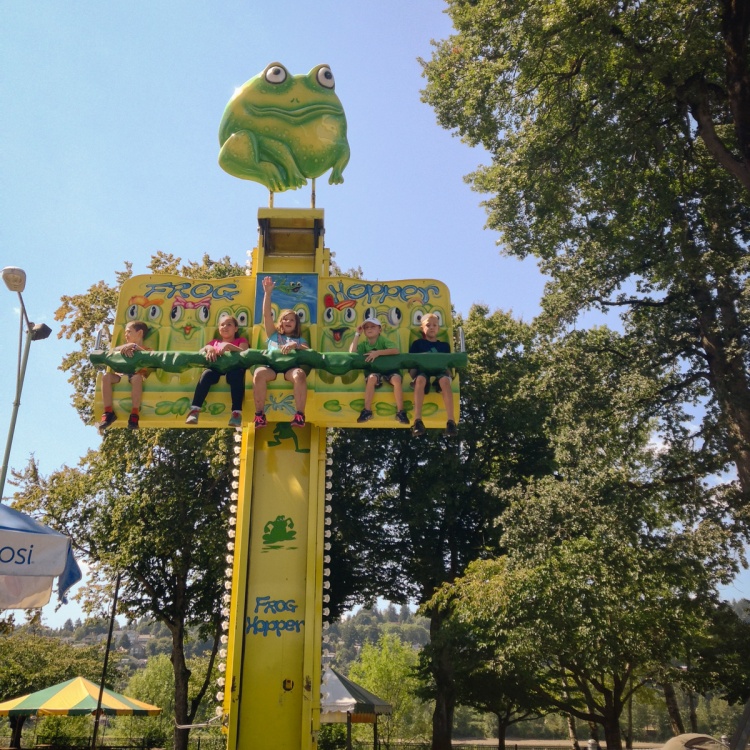 Others would. The Scrambler™ was one of Will’s favorites. 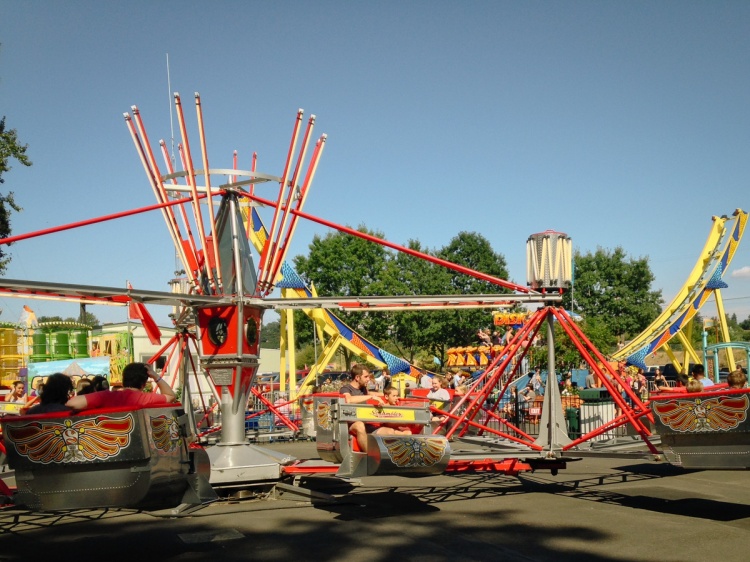 The bumper cars are always a hit. Will loves anything to do with driving.

He wasn’t tall enough to drive the go-karts, but we had a good run anyways. 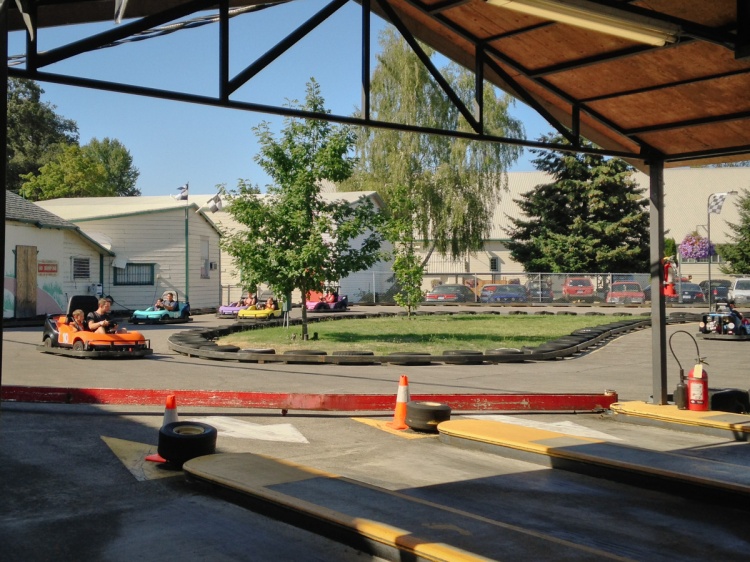 His first time on roller skates!

He wasn’t very good, but he was very brave and tenacious. We’re really proud of him.

In conclusion: Oaks Park in August is crowded, noisy, and hot, and if you’ve been there as a kid, it’s much less shiny than you remember. But if you’re 8, it’s about the happiest place on earth.