We’re trying to make a tradition of exploring a piece of the United States we’ve never been to whenever a Gridium camp happens. Our first camp was in Chicago, and this one was on a lake near Milwaukee.

We flew into O’Hare, and landed late. After a comfy night at the Hilton there, we caught a shuttle to the rental car center, got bait-and-switched into renting from Thrifty. (The car was awful, we won’t be dealing with them again), and headed northwards to Milwaukee. On the way, we found out that Lake Michigan has its own lighthouses, which in hindsight seems pretty obvious. This picturesque little guy is in Kenosha.

And this one is in Racine, but the shopkeeper had lived in Oregon City!

Then we arrived in Milwaukee, and were greeted with this. You can’t tell from the photos, but this isn’t a museum or installation, it’s just somebody’s yard. We were driving through a residential neighborhood, and then Becky was yelling at me to turn the car around. I do not regret it.

Milwaukee, of course, is most famous as the home of the coolest guy ever. So we visited his bronze likeness.

He’s got a nice little spot.

Then we went to find our lodgings for the night. We found this place on Airbnb, but it’s been a regular B&B for a while now. This place has everything: a tour on arrival, a basement speakeasy that was co-owned by Al Capone, period furniture from the 19-oughts, and murder mystery nights (which we sadly were not in town for). We settled for good German food, drinks with a couple other early Gridium people, and a movie in bed.

The next day Becky and I split up; me to go get started with the businessing, and her to meet her sister for a girls’ day driving around the Driftless Region, no boys or kids allowed.

Their first stop was Andrew Lloyd Wright’s actual house. To this day, when she tells people about it, it keeps coming out as the “Andrew Lloyd Webber house.” This hasn’t stopped being funny yet.

They also spent a couple hours at this place, which confused and exhausted them. Highly recommended; after your visit, you’ll forever remember your life in “before visiting” and “after visiting” periods. 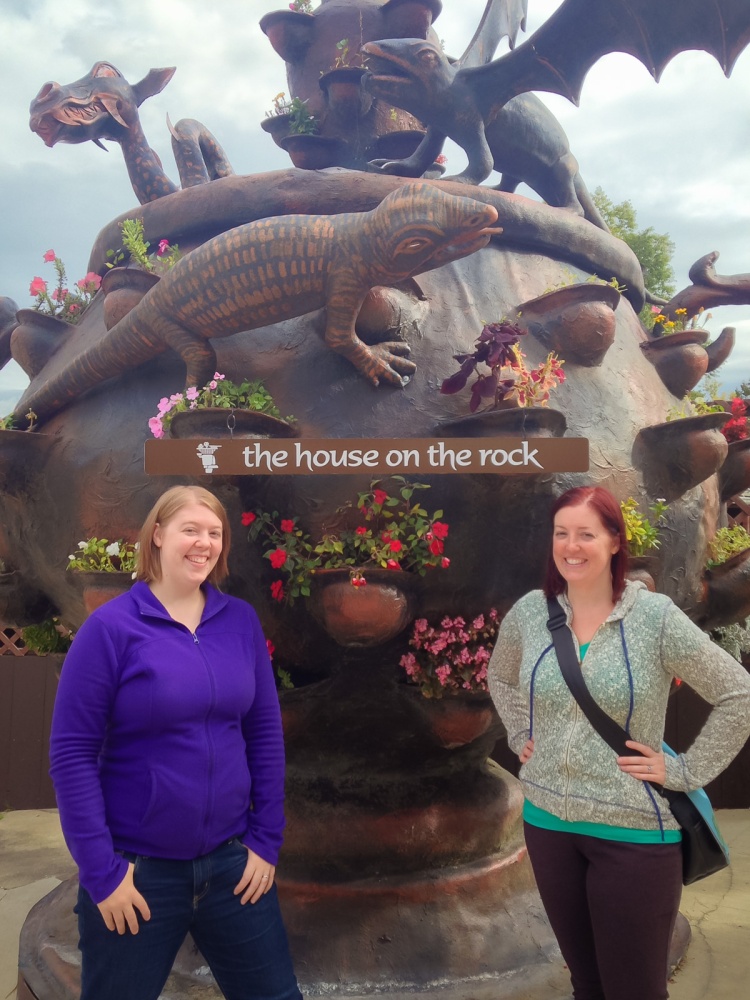 It’s cand-hay time, y’all! They bought enough candy in this town to knock four adults completely out later that week.

I’m… really not sure what’s going on here. 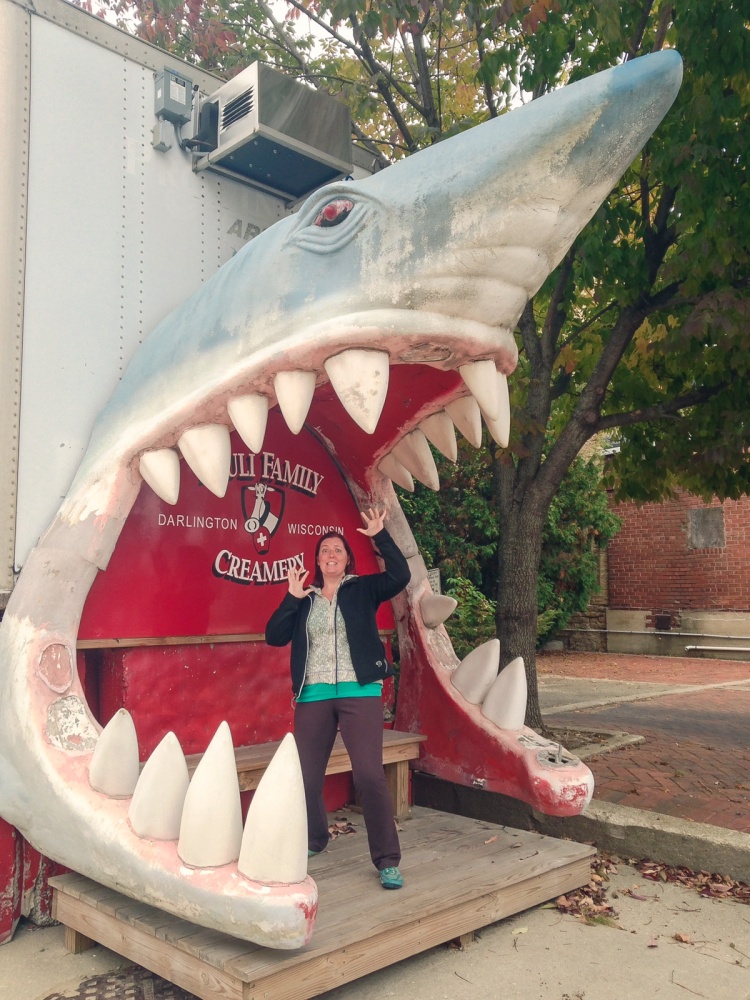 Fondue and other Swiss things happened. Becky and Sarah don’t get to see each other often, and they actually hadn’t run out of things to talk about by the end of the day. 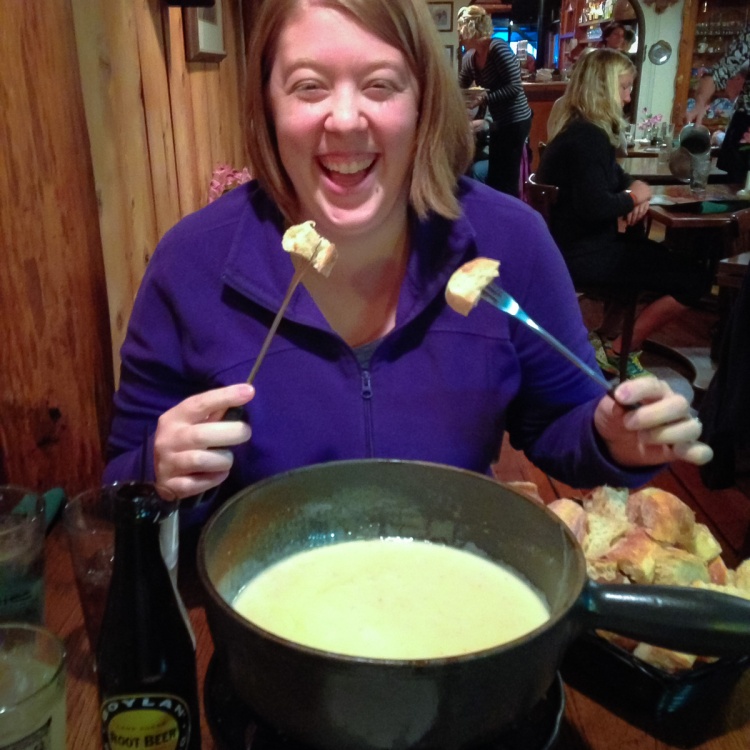 We then rejoined forces – Becky found her way to the lake, and we businessed, think-tanked, and meetinged for a couple of days. When camp broke up, we headed to Madison, for some more quality time with Sarah’s family.

For our first adventure, we hiked at Blue Mound State Park, where there are observation towers for viewing all the other-colored mounds. (They don’t really have mountains here.) 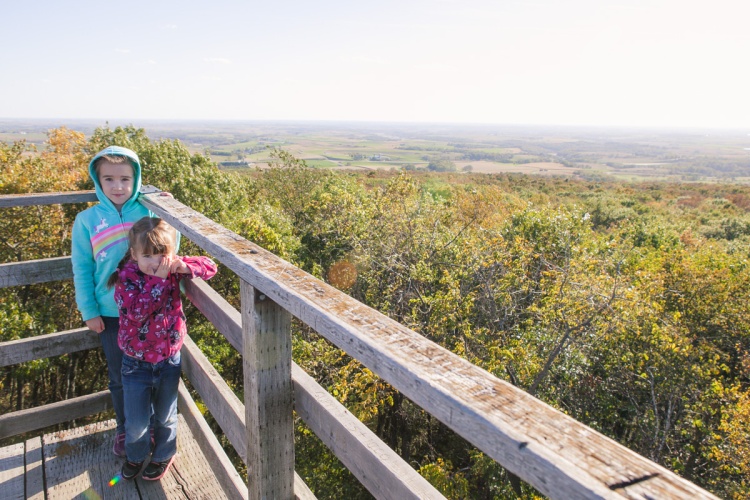 The woods here really are lovely, and early October is probably the best time of year to see them. Elsie and Alice thought so, too, or at least they didn’t argue with us. 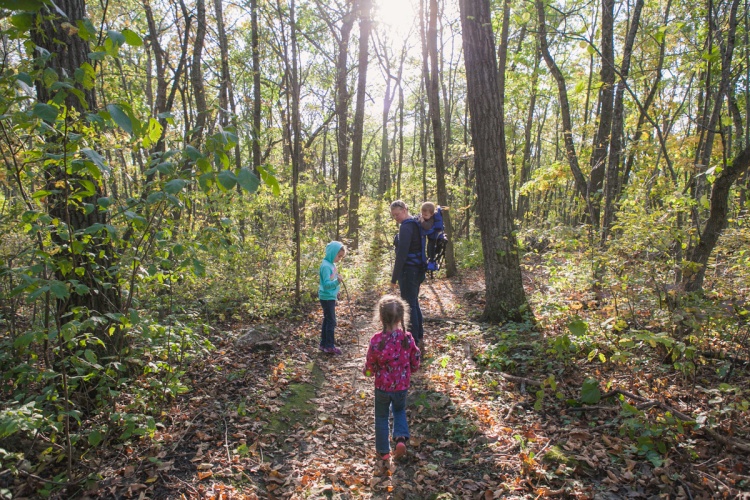 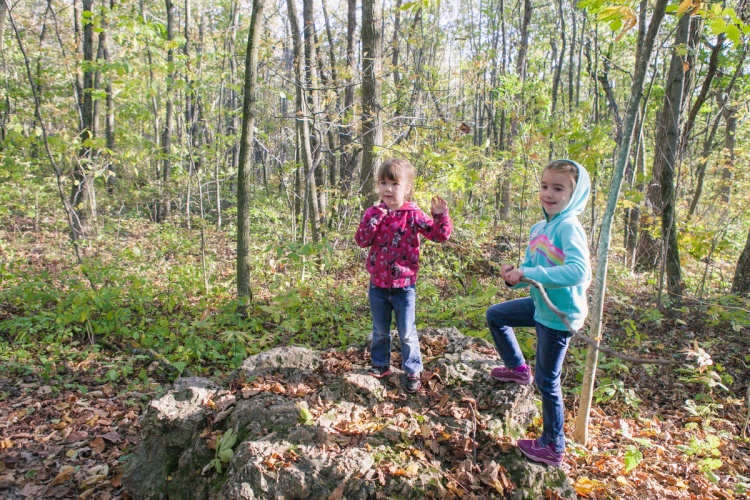 How do you get a slowpoke 3-year-old to catch up? You tell her to skip. 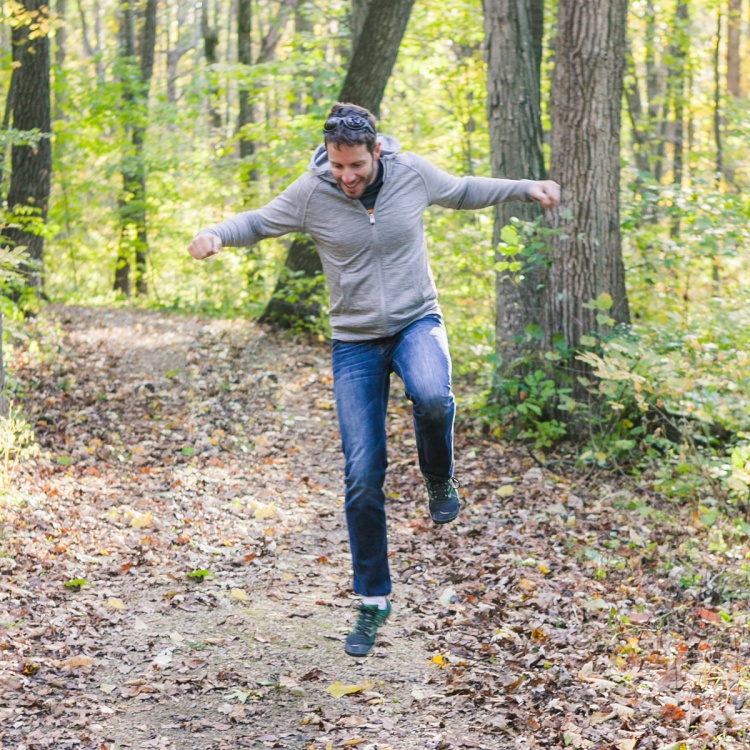 And her sister will join in. Guaranteed. 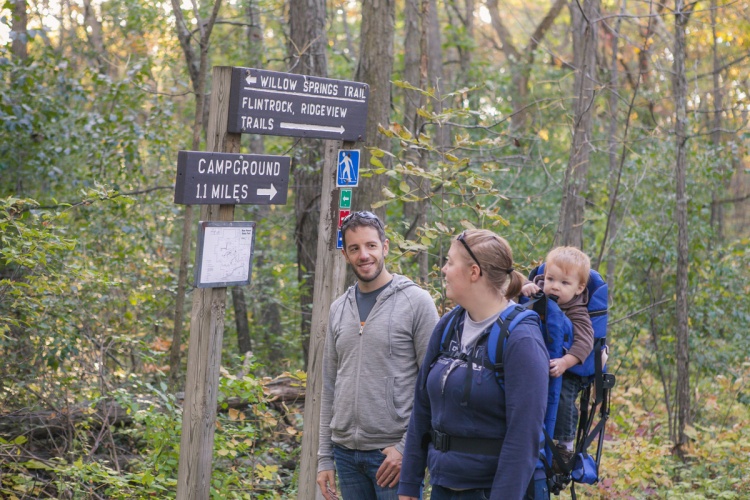 Least subtle photobomb ever. “Look at my sticks!” 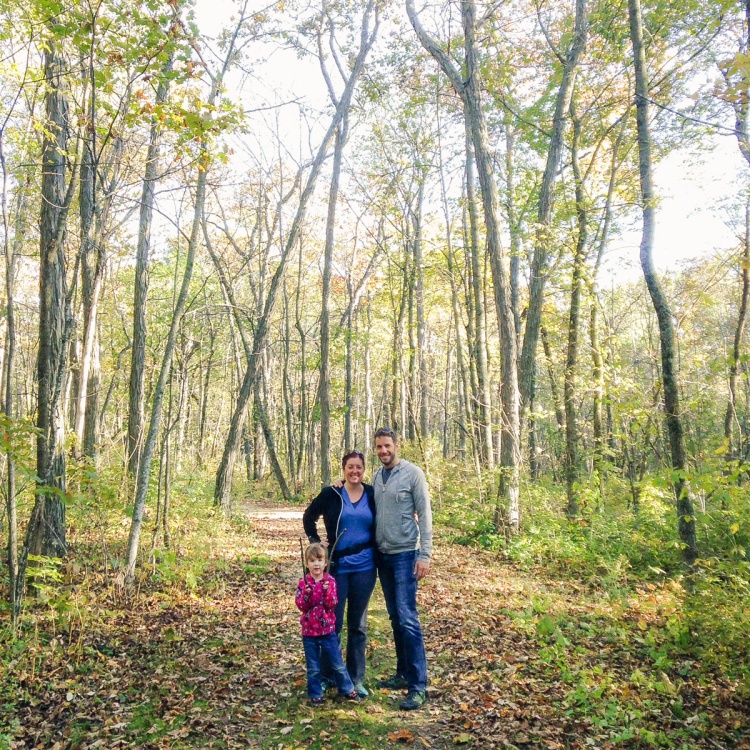 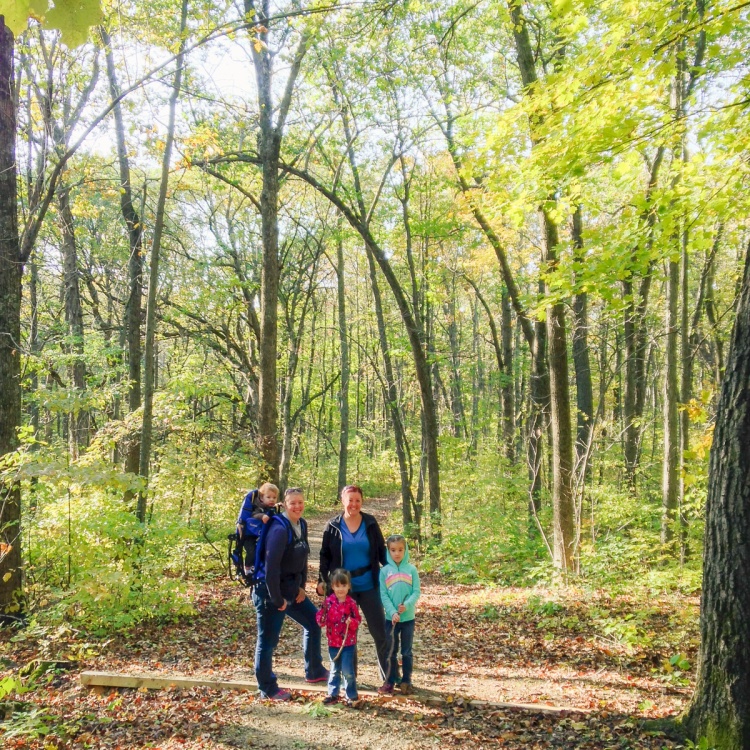 Sarah’s husband Alan works for Epic Systems, and they have a huge and varied campus that the kids love visiting. This is Clark, who has Becky wrapped around his little fingers.

Becky and Sarah had only seen a third of the wonders contained in the House on the Rock, so they took me back. Exhausting and mystifying.

We stopped in Mount Horeb, Troll capital of Wisconsin. 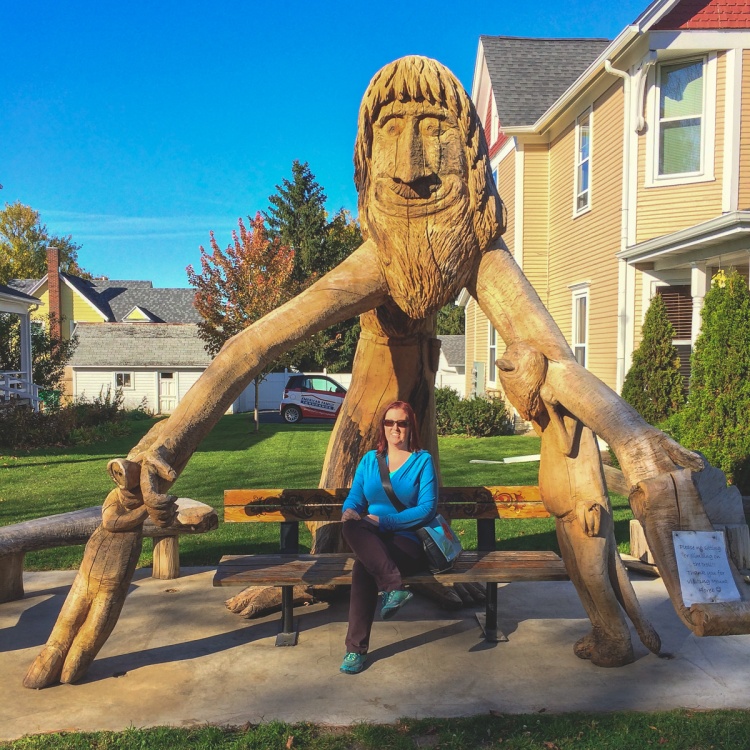 Upon discovering these glasses in our excellent Airbnb‘s cabinets, shenanigans ensued. 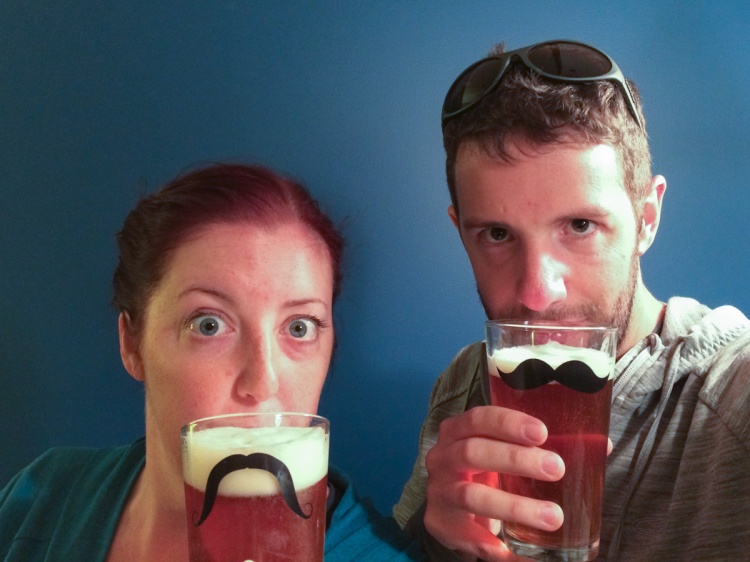 Our last morning with the Swensons was spent at an adorable little farm (post forthcoming).

We took a day and a half to drive back down to Chicago to catch our flight home. Strangely, we didn’t take a single picture. I guess we just wanted to be there, and not document the process of being there. Anyway, we stayed a night in Rockford, Illinois, and ate at “Rockford’s most popular restaurant”. It’s… hard to describe. The best thing we can say is that we were glad we drug our tired selves out of our hotel room to experience this first-hand.

One thought on “The Great Midwest”