We got back from Wisconsin (and one farm), and three days later we headed off to another farm! 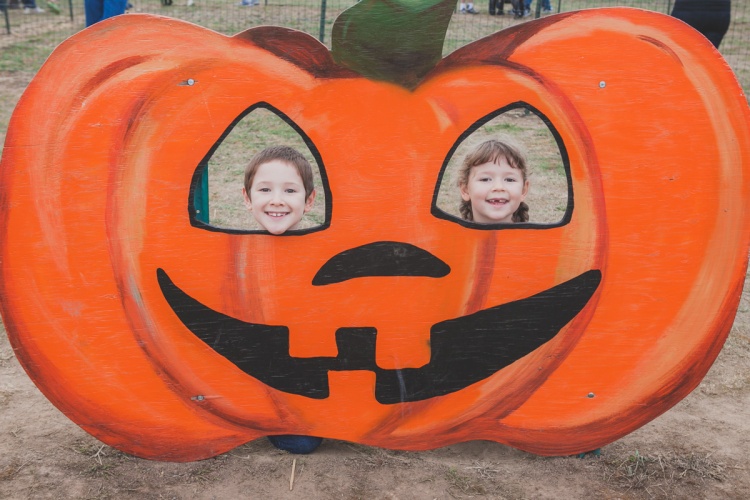 Here’s what their “pumpkin patch” looks like. It’s a mown field with pre-picked pre-washed perfect pumpkins placed very carefully in it. Super sterile.

Fortunately, there was plenty of other stuff for the kids to do while I waited in line to buy our pumpkins. 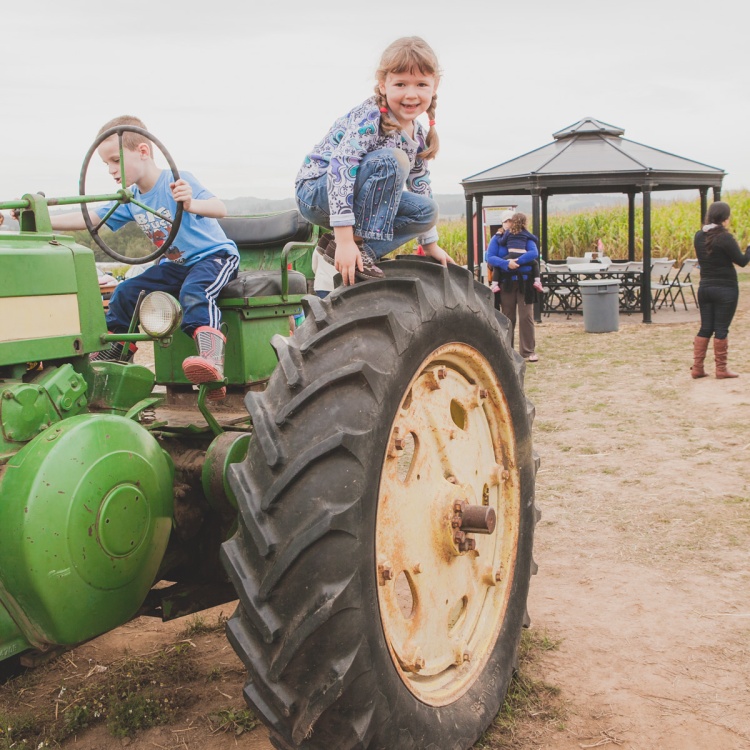 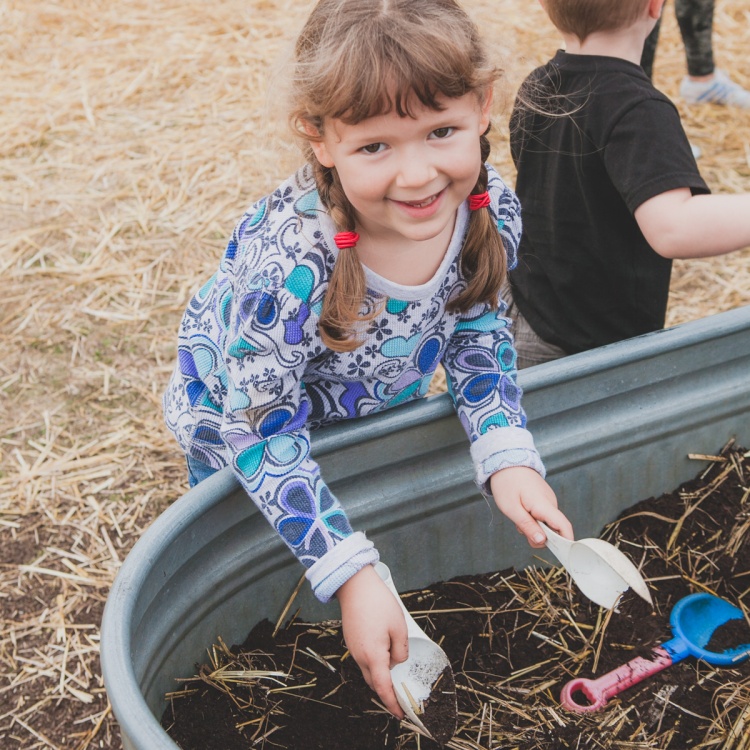 About a week later, we gathered with the Swanks and Aldridges for a carving party. Our family was sharing one pumpkin, a ghostly-white one, which turned out to be yellow on the inside, and smelled like cantaloupe. The carving kits Aunt Liz graciously provided included stencils, and Will picked about the most intricate one. 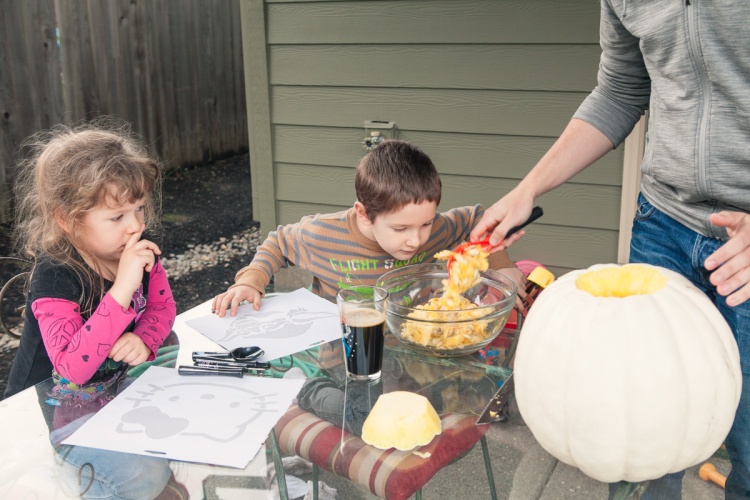 Yoda was going to take some time. We started by perforating the pumpkin’s skin through the stencil, because it’s really hard to get a flat piece of paper to stick while you scrape through it.

(The others saw us doing this, and changed tack. Yoda was the only stencil used that day.)

Since Will was working on the Straub pumpkin, Lucy helped Laney with hers.

Once the hole-poking and marker-tracing was complete, Will set to work scraping through the skin. This was painstaking work, but he did it entirely himself.

The other pumpkins were nearly done, and Will was just getting started. 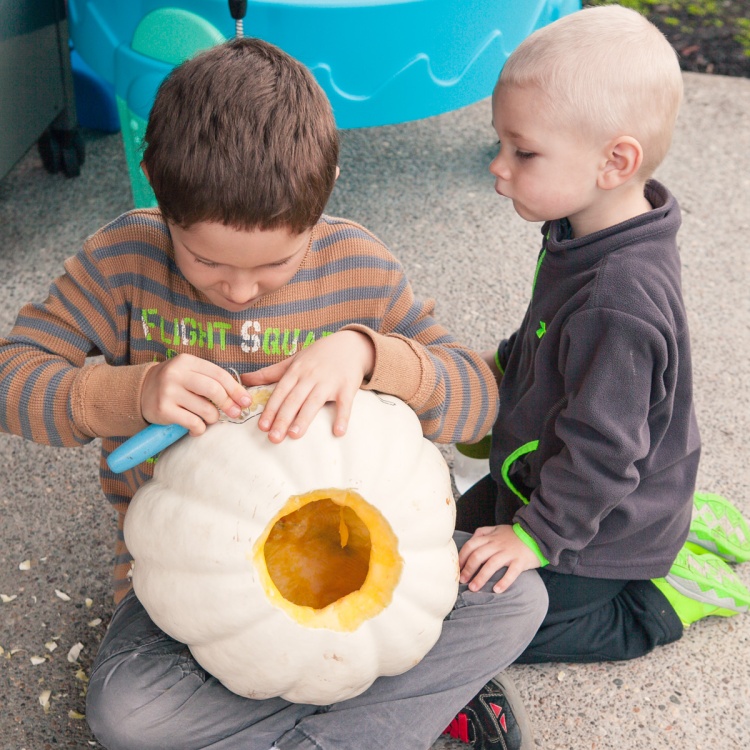 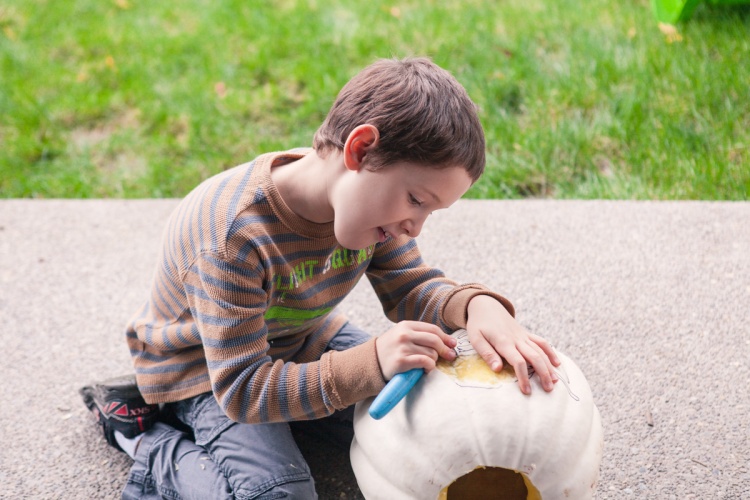 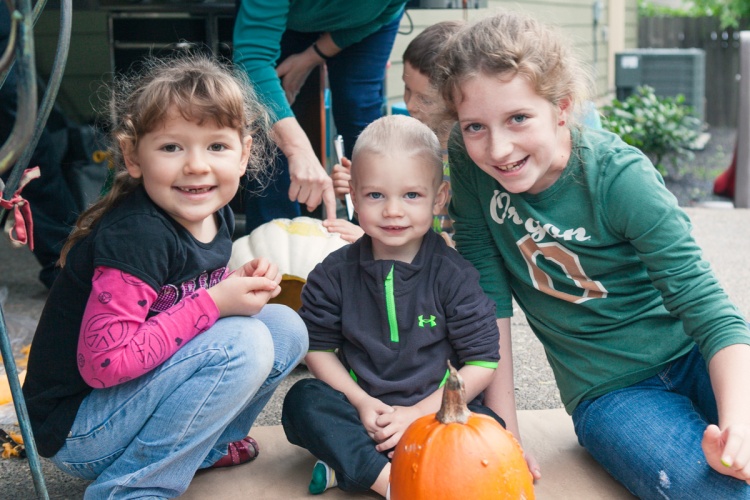 We actually had to stop Will before he was done so we could get home – it was a school night. A few days later, after he was done, Lucy got her turn on the dining room floor. She elected for a more classic approach, sketching a design on paper, transferring it to the pumpkin, and cutting out the pieces. She did all of this entirely by herself, apart from one cut I did to teach her how to use the knife. 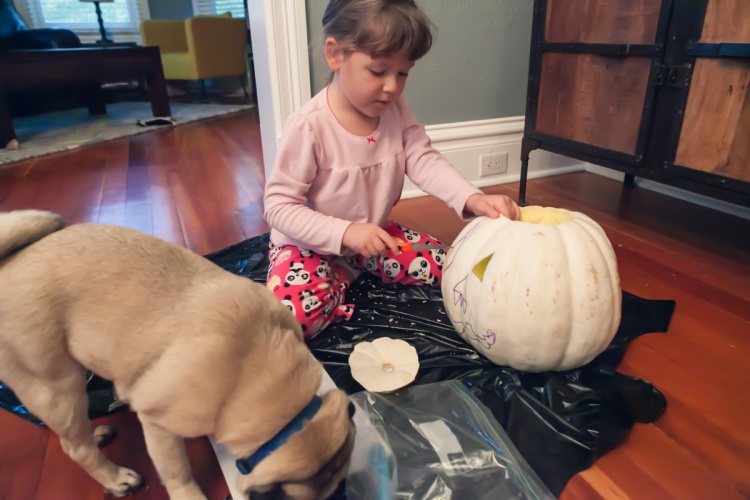 The pumpkin was finished in plenty of time for Halloween!