Trackers Earth is really cool. It’s an outdoor education program with an emphasis on real survival skills and good stewardship of the woods. While they do have week-long sleepover camps, we couldn’t make that work between our busy schedule (100 things!) and their year-round school, so we opted for the one-Saturday-per-month program, where they spend the entire day outdoors, rain or shine. From the handbook:

All participants in programs at Trackers – including students and staff – are held to three basic rules : One – No one dies; Two – All wounds must heal within 4 days; and Three – Follow the Trackers Code of Common Sense.

Here are Will and Lucy ready for their first day of Ranger Apprenticeship, back in September. They were encouraged to wear “earthy-colored clothes,” which is a bit of a departure for bright-colors-and-patterns-all-the-time Lucy. 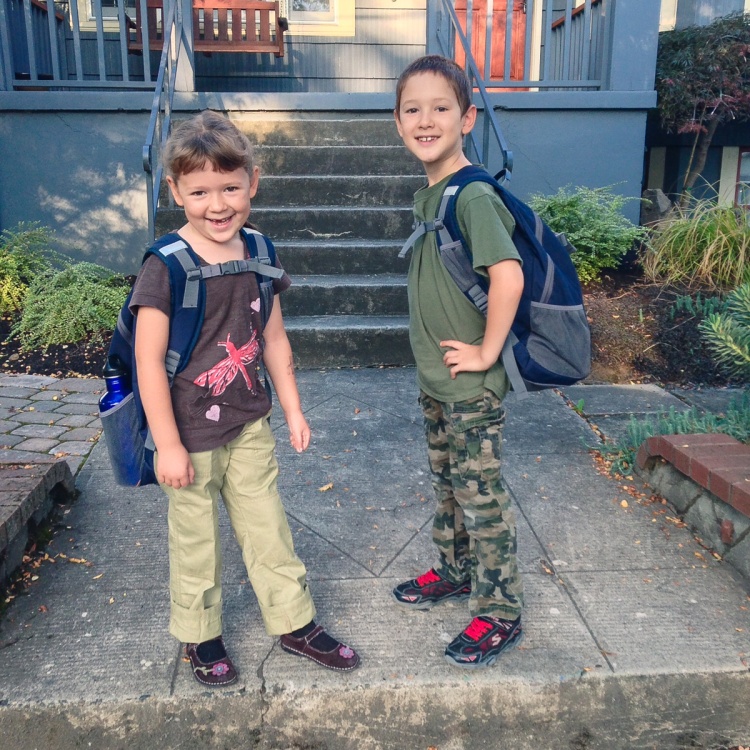 And here’s what they looked like when we got them back 8 hours later – filthy and exhausted: 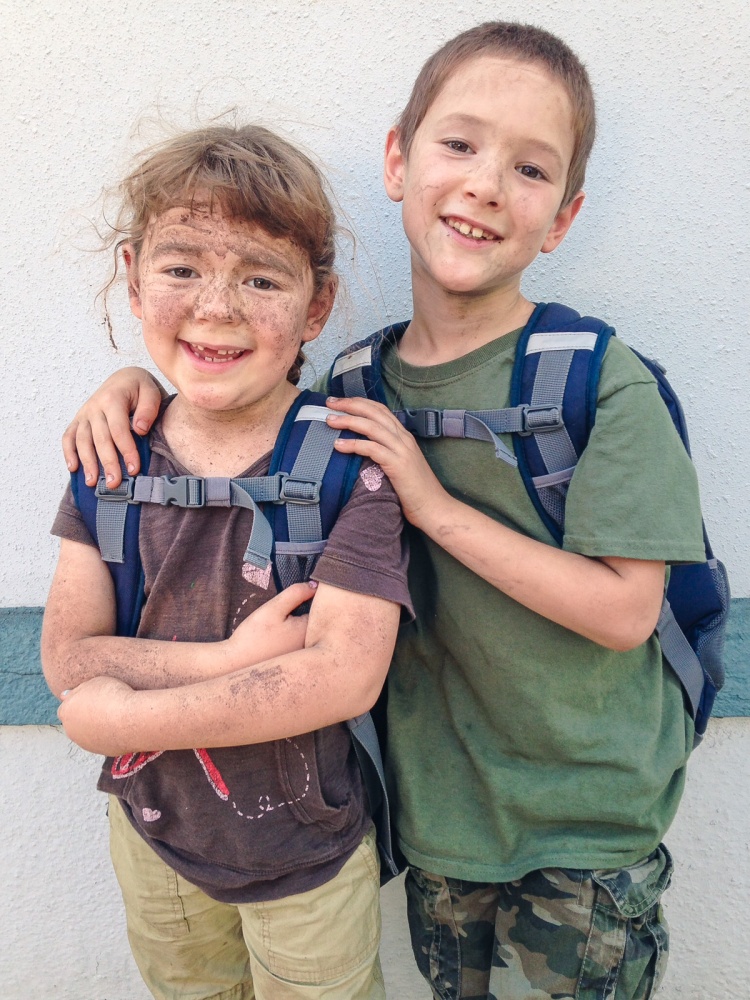 Apparently they play a game called “eagle eye,” which involves hiding effectively in the woods, and part of the recommended disguise was smearing mud all over yourself. Even in your ears. This is Lucy after her shower:

The second day, in October: 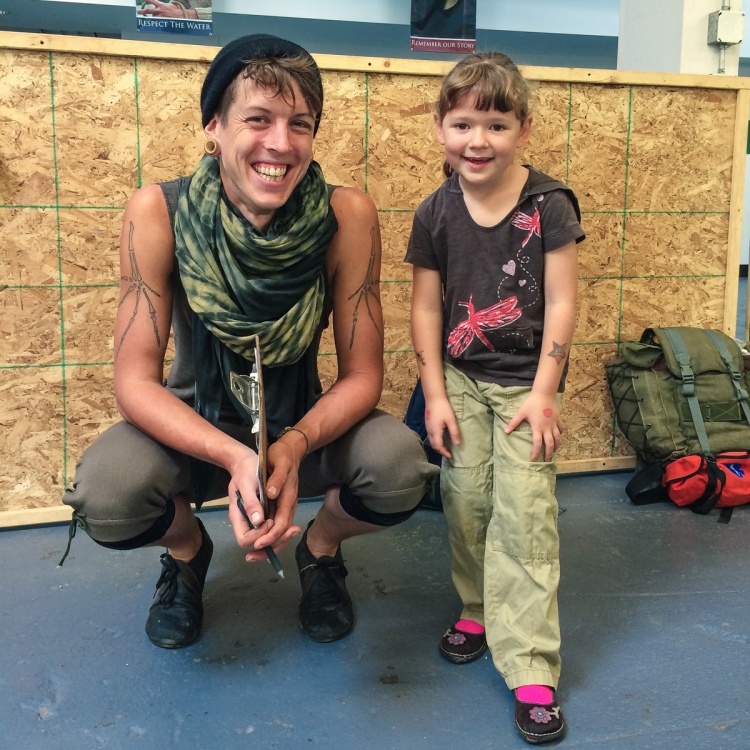 Here’s Will with his group in the morning. His group leader’s name is Connor. 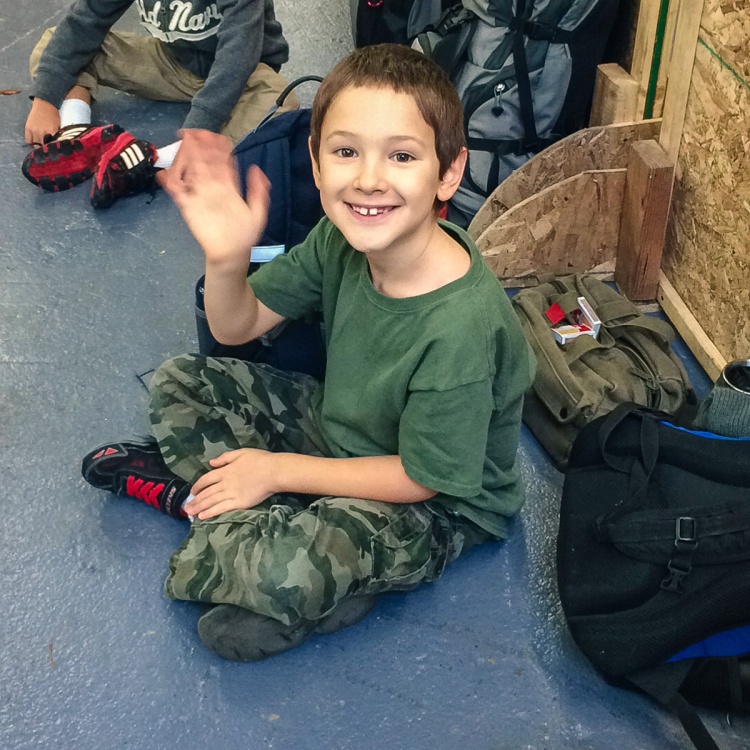 And here they are that evening. Filthy again. Will had to clean the shower out after he was done with his own body. That pointy stick he’s carrying is called a “digger-bopper,” and he made it himself with his own knife. (Lucy’s is in her pack.) 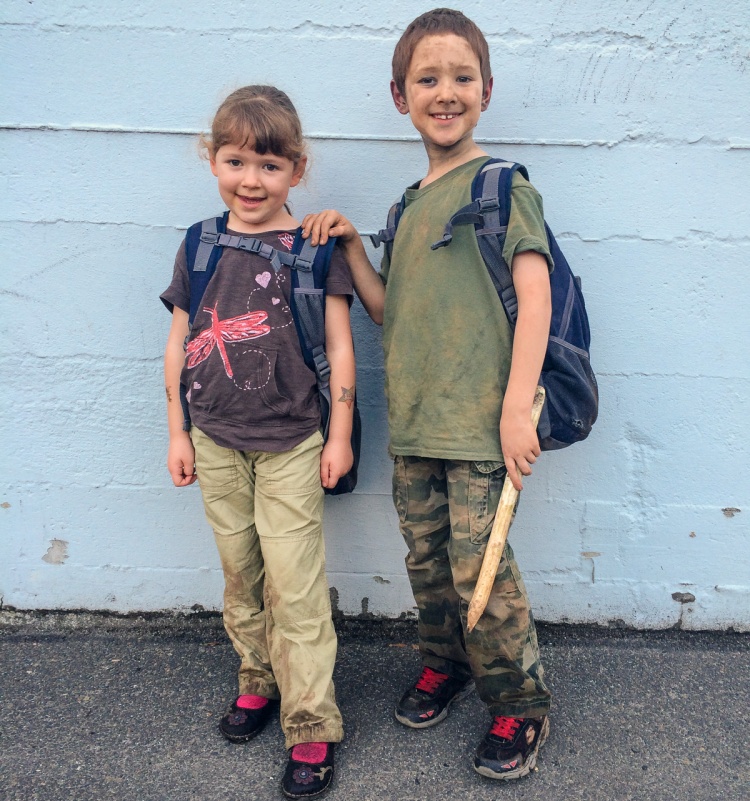 Here’s what goes into their packs: an extra layer, a change of clothes, a big water bottle, a lunch, a snack, a real knife, and some other miscellany. They each have to pack their own packs, so they’ll know where everything is when it comes time to use it. 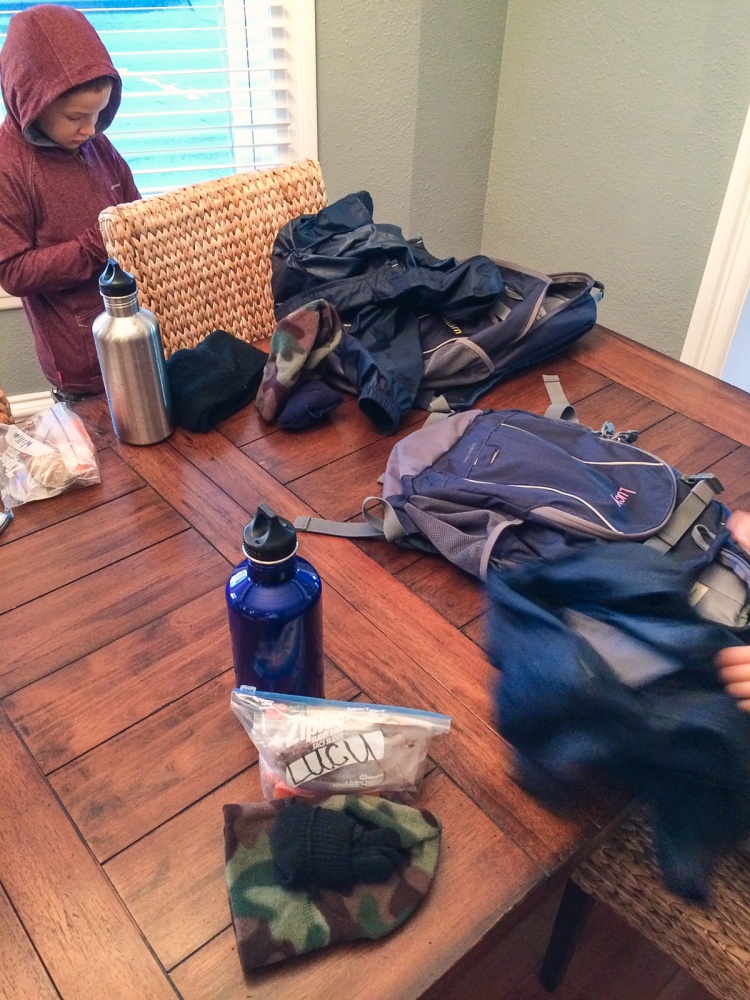 Camp #3, in November. Note the extra layers. It was cold, but they both got to learn about starting fires (another job they can take over while we’re camping), and Lucy’s group even built a full shelter.

Upon returning, they had a chance to try some basic archery. Yes, they’re aiming at a window, but it’s okay – the arrows have a big lump of foam on the tip.

Will and Lucy loooooove Trackers, and they’re looking forward to the next few ranger days (they’re signed up through May). Maybe then we can figure out how to fit in some longer camps!