We love lists, and this one is a good one. We’re not so ambitious to think we’ll watch two movies every week for the whole year, though, so we’re going to spread this one out –  at least 10 movies per year (more if it happens), starting at #100 and working our way to #1. 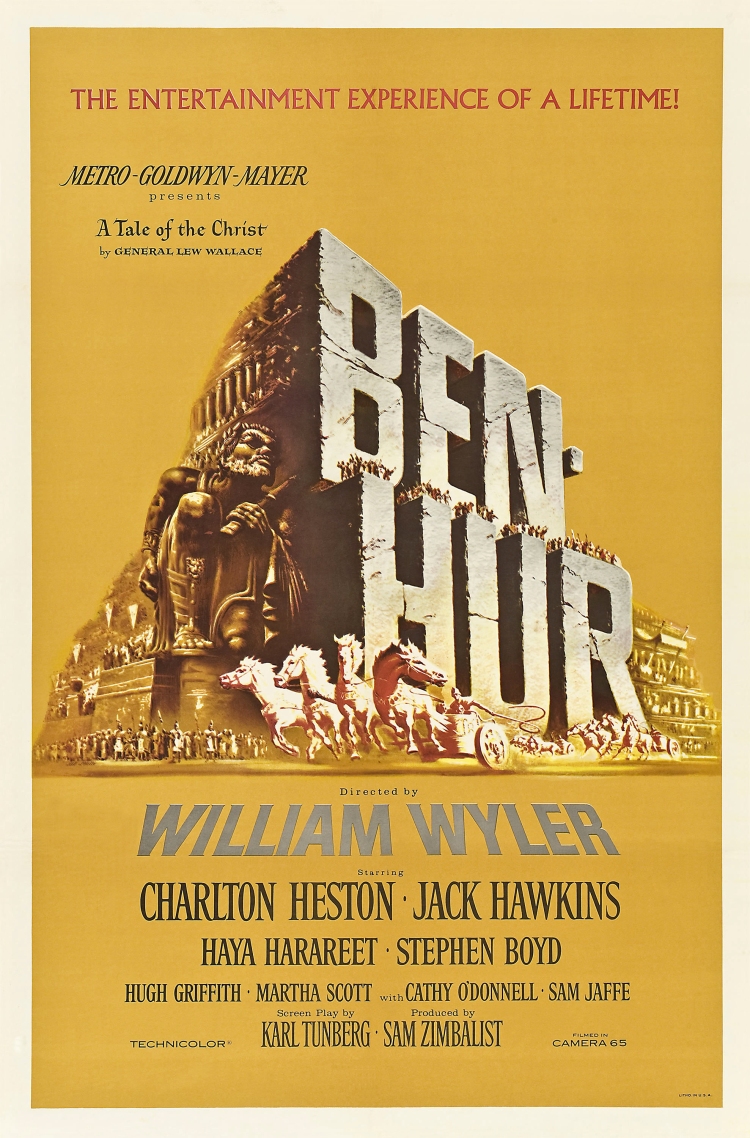 Ben: When people talk about “epic films,” this is the one they mean. It’s nearly 4 hours long. I’m trying really hard to judge it by the standards of its day, but it didn’t have to be this long. There are a lot of long reaction shots, close-ups of Charleton Heston looking sorrowful, and plenty of dead air when people are just standing there, staring at each other. But I guess if you cut out that stuff, it’d feel rushed. It’s incredibly well-done, they used their Titanic-sized budget to make some truly extraordinary scenes, and the story is suitably large. It’s interesting to note that Gladiator tells a very similar story, but for an audience 50 years further into the evolution of film.

Becky: To quote film critic Dwight Macdonald “I felt like a motorist trapped at a railroad crossing while a long freight train slowly trundles by.” I had much more fun looking up all the history and facts around the making of the film while the movie itself slowly played out across our screen. 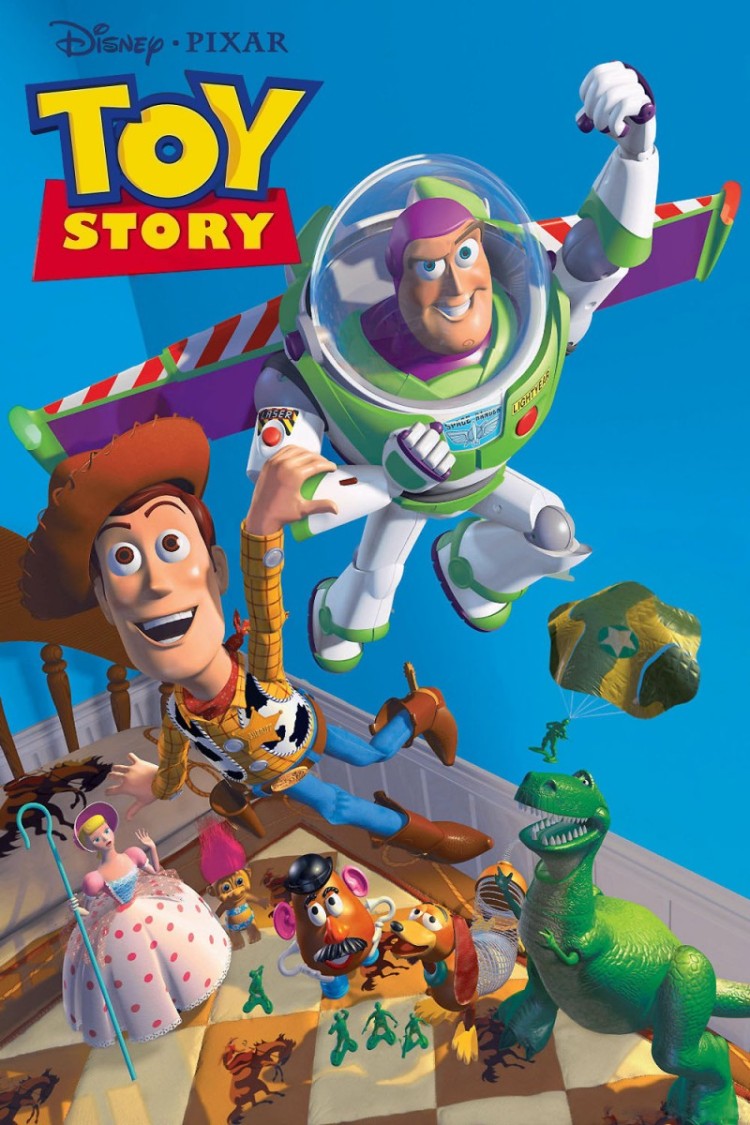 Ben: The CGI in this movie is fairly primitive compared to what modern technology can produce, but the way it’s made you see past that almost immediately. The characters are so strong, the storytelling so tight. It’s interesting to see what the director did when the limitations of physical cameras are removed; there are some shots that would be impossible in a non-CGI film, but they’re worked in so well that you don’t really notice.

Becky: I was 19 when this came out, so there are no childhood memories associated with it. Next best thing? Watch it with our kids. The story holds up very well and we all enjoyed it. It had been years and years since I saw it, but it’s so ubiquitous in our culture at this point that every bit of it was familiar.

Becky: This was almost intolerable. I kept trying to reach through my boredom to find the cultural merit or relate to the patriotism of the era, (Pearl Harbor was attacked at the start of production, causing the “Yay America!” tone to be highly amplified), but it was a chore to sit through. I’ll admit that I am not a fan of this style of movie; I’ve never swooned at Singing in the Rain, The Music Man, West Side Story, or My Fair Lady. Sorry fans.

Ben: This was hard to watch. The actors were all great, but the song-and-dance scenes were interminable and grating. I know this is a historical effect, that those were the great things about the movie in its time, but it was kind of uncomfortable. (Sing-talking, ugh.) For all that it was well-made, and there were a few special-effects tricks that had probably never been seen before, it was pretty challenging for us.

Becky: I was positive that I had seen this already. NOPE. A few parts were vaguely familiar, but I think that’s because it’s a widely referenced movie. So strange, but yet very beautiful in a dark, haunting way. I didn’t notice that it was 32 years old.

Ben: Such a classic. The version we watched is the “Final Cut”, which has some of the visual effects replaced with state-of-the-art 7-years-ago CGI, but the live-action effects still stand up pretty well. This is from a different era of storytelling, with many scenes only making sense if you’re actively thinking about the symbolism in them. More recent movies do this to an extent, but usually there’s a more accessible layer on top; there’s something there for you even if you’re just watching to relax. This film needs thought, and I like that.

Becky: So. Much. Yelling. And hardly any listening. This was hard(?), uncomfortable(?), painful(?), to watch, especially with all the injustice and heartbreak surrounding Mike Brown’s shooting in Ferguson this year.

Ben: If this film had ended after 90 minutes, I would be writing “the characters were strong and real, and the technical construction was exquisite.” But by serendipity we watched this the very night that a grand jury declined to indict Darren Wilson, so the final act really hit home. It’s been 25 years since this was made, but apart from the wardrobes it could have been released this week. It’s pretty sad that a quarter-century’s progress on these societal problems is so small as to be nonexistent.

Ben: When we first started watching this, I thought it was from the 40’s, because black and white, and I kept thinking “wow, the film quality is really good!” Then a young Jeff Bridges shows up, I do the math, and find out it was made in 1971. The characters in this all feel like real people, though the small-town drama is amped waaaay up. I’m still working through all the symbolism.

Becky: I was sure I was going to hate this and be bored. I’m still not sure I didn’t hate it, but I certainly wasn’t bored. The story meandered all over the place, but managed to be somewhat linear in time. No real plot. Nothing happened, except for the things that did. I don’t know who I’d recommend this to. Maybe art school students?

Becky: I had just recently graduated high school and was up in Seattle at art school when this film was released. It had a huge impact on my age group, however, I didn’t love it.  I watched it a bunch of times with friend groups and everyone was quoting it. Back then I found it long, and at times confusing.  This time around I actually understood so many more topics and plot points!  I still found it a bit long and still very sweary and bloody, but I think I like it better now. I do believe I’ve seen this movie enough times. I don’t need to see it again.

Ben: Interestingly, I thought all these actors looked old when I first saw this film, and now they all look so young. The thing that I noticed most of all is that the plot is sort of rambling and aimless; there isn’t a giant, epic story being told here, with heavy repercussions, it’s more of a day-in-the-life kind of thing, with lots of memorable lines and characters. Holds up well, though; the only thing that dates it is the cell phones. Tarantino is good at casual-but-still-shocking violence. 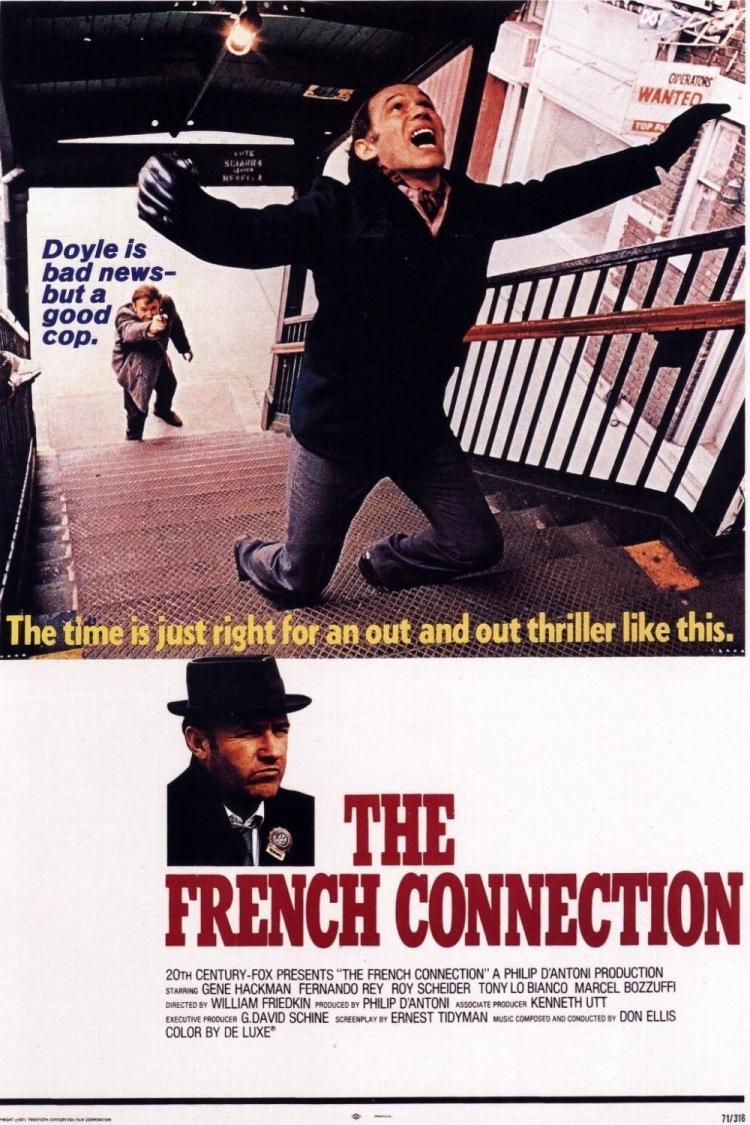 Ben: You can trace a direct line from this movie to The Bourne Identity. Both of them tell a lot of their story without using dialogue, don’t beat you over the head with the plotline, and at times you’ll feel confused, but that’s by design, and you’ll understand it all later. So many action-movie techniques started with this movie, including the idea of a car chase. I was pretty impressed.

Becky: This was as uninteresting to me this time around as it was 10 years ago when I watched it the first time. The fashion and cars of the 70’s were interesting, at least.

Becky: My high school boyfriend was really into this movie and I saw it several times as a teenager.  Then my ex-husband also enjoyed this film greatly and I saw it again several times in my early twenties.  Fast forward to me at 38.  Once again I find myself in the situation of watching something oh, so familiar, yet this time around I actually understood what was happening. This makes it more interesting, for sure.  But also again, I’m about done with this movie.  I have a really hard time watching incredibly selfish men fanny about the screen with no regard for anyone but themselves.

Ben: I also saw this as a younger person, but my memories are less clear than Becky’s. The interesting thing to me while we were watching is that just as you’re starting to identify with the “protagonist,” the story shows him being a terrible person again. You find yourself rooting for and hating him in the same moment. This is a film filled with strong, consistent characters, and no heroes at all. Still, it’s easy to see why someone would want that kind of life, why each decision along the road to scumbagville would be easy to make. 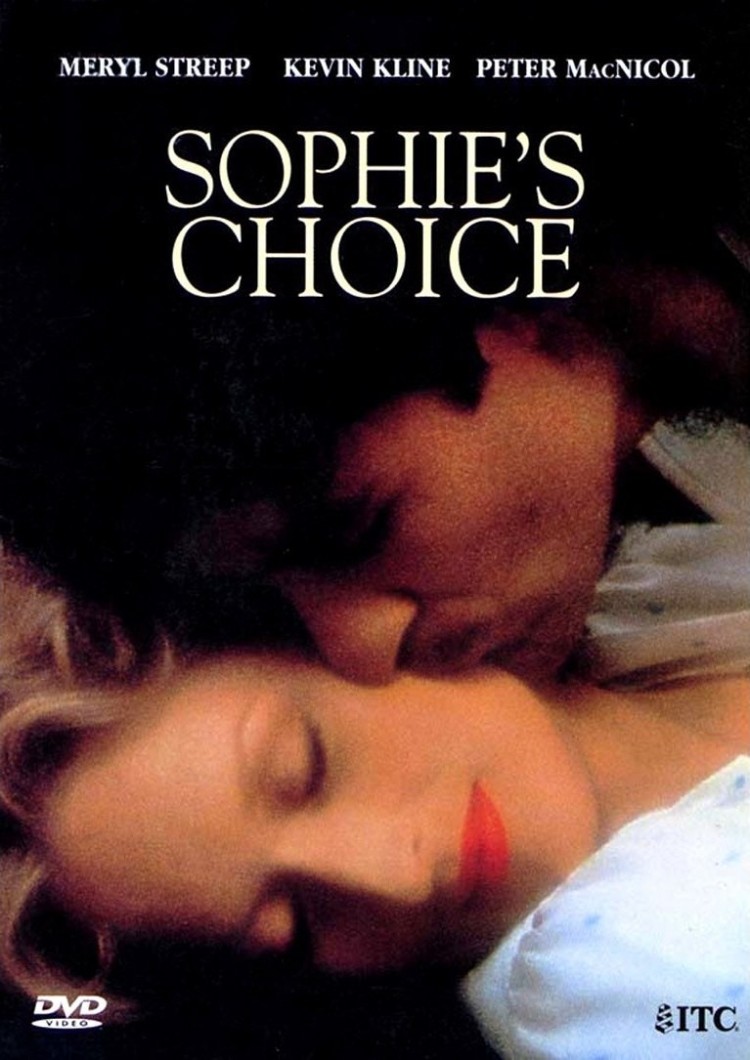 Becky: Once more I was sure I would already know this movie. I mean the phrase “Sophie’s Choice” is bandied around in jest often. Yet not one scene, not one line was familiar. I had no idea part of this film was set in Nazi concentration camps. It was a good film and I can easily see why Meryl Streep won the Oscar that year. I read that she learned Polish and German to help her character’s accent. That is dedication.

Ben: Again, if this movie had stopped a half-hour sooner, I would have thought, “strong and mostly likeable characters, Kevin Kline is damn charming, but not a whole lot of plot, really.” And then that scene. If you’ve seen the movie, you know the one. Any parent who sees that can’t forget it. It’s easy to see why this film is on the list.