We were planning a trip to the Netherlands, where I was speaking at a conference, when we realized that Germany is right next door, and Becky’s brother Andrew lives there! So we tacked on a few days, and made a whirlwind tour – we landed in Frankfurt on Saturday morning, and left by train on Wednesday morning.

The first item on our to-do list: re-create a 5-year-old photo!

We visited the surrounding areas with Andrew, Michelle, Sophie, Elanor, and Charlotte. There were some interesting Roman ruins at Saalburg, and we made sure to explore their neighborhood in the town of Groß-Gerau. Also, it was spargl season – the locals grow giant asparagus, and cover it with tarps for the last few weeks so it turns white.

(Note: we’re trying something new with our photos. Click on them to see the full-size version.) 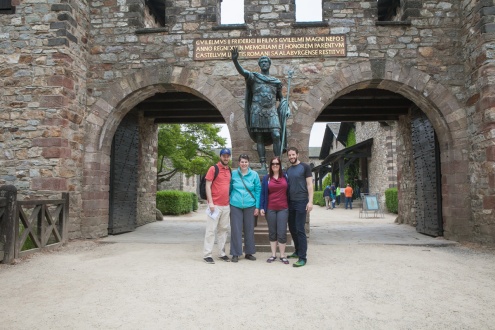 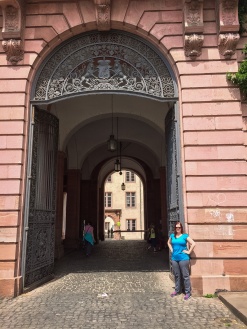 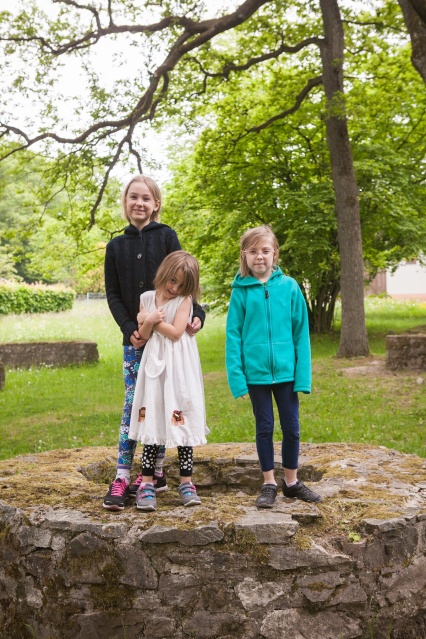 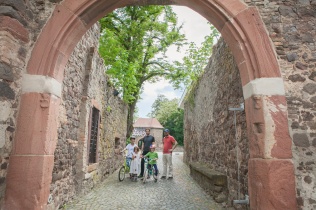 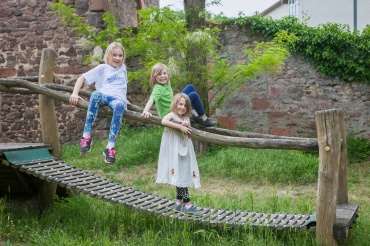 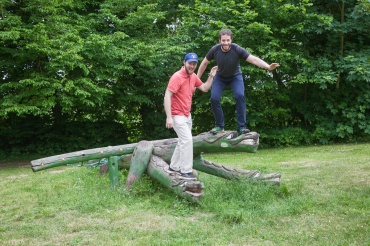 We made an outing with Andrew to Castle Frankenstein, which is said to have been part of Mary Shelley’s inspiration. We happened upon a medieval recreation society’s demonstration of weapons, armor, and torture devices, which was fascinating, and we explored the castle grounds while speculating on how it would do as a shelter during a zombie apocalypse. Then we went to a lovely dinner (with spargl), and brought home tin-foil swans. 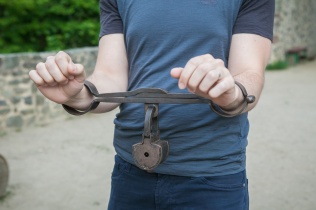 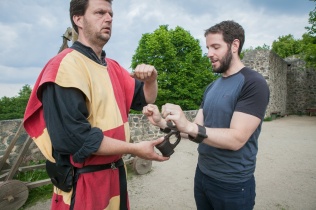 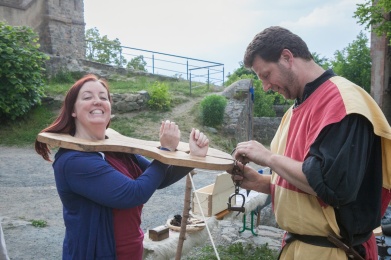 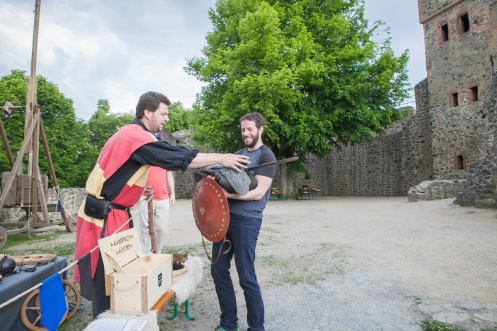 We spent an entire day seeing the “Romantic Rhine” by boat. This area is lousy with castles, we saw at least ten of them. At the far end of the boat tour we hiked through a small town and up a big hill to Burg Rheinfels, a 500-year-old castle which is today mostly in ruins. 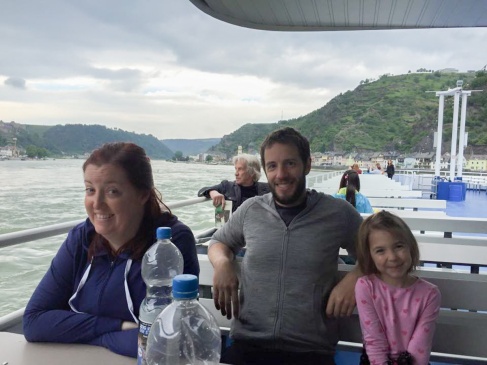 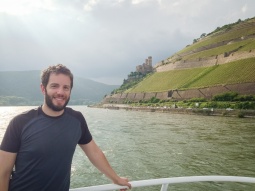 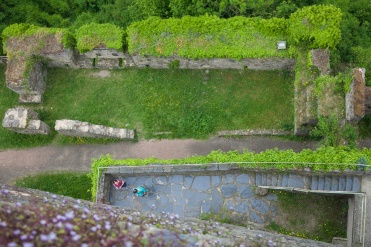 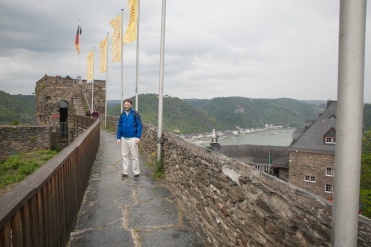 Becky and I spent an entire day exploring the city of Mainz on our own. It’s on the Rhine, but apparently this part isn’t so romantic. We found the local TI, and worked our way through a walking tour of the city, which (as many old European cities do) has a lot of history and interesting places to see. We happened upon the ruins of an ancient temple to Isis in the basement of a mall, and visited some 1800-year-old ship remains that were discovered while excavating for a Hilton hotel (though photos were not allowed). There was also the ruin of a historic church that had been bombed out during WWII, but instead of rebuilding it they converted it to a haunting memorial. 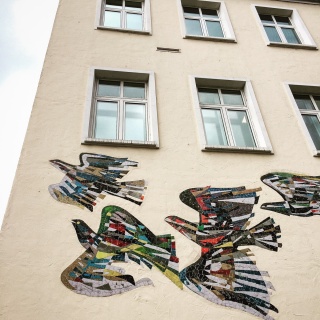 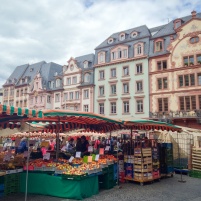 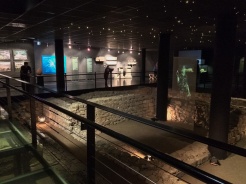 We crammed a lot into four days. We should also note that we had to leave Jackson at the hospital the day before we left for this trip, and made the final decision while we were in Germany. We’ll always remember this trip with wonder and happiness, but also with grief.