We’ve had this Subaru since just before Lucy was born, a little over seven years. It’s been good to us, and we like it.

But we were starting to run up against its limitations. For one, it’s an AWD car, and we were only getting about 17 miles per gallon, which made us sad when we were waiting at the pump every week or two. Also, Becky’s parents have a camper trailer that we’d love to borrow for our State Park challenge, but the Subaru can’t tow it. Also, it was hurting Becky’s back.

So it was we found ourselves at a car dealership yesterday, and so it was that we drove home in this: 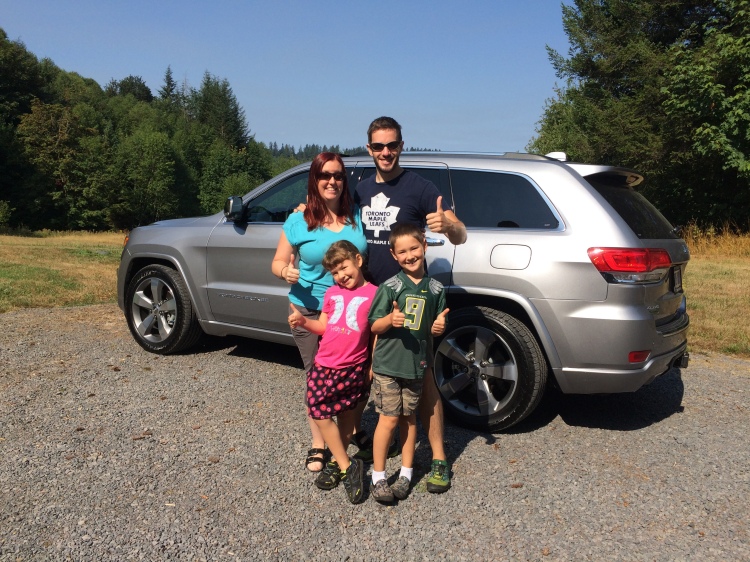 It’s a 2014 Jeep Grand Cherokee with a diesel engine. It can tow 7,200 pounds, gets 30 MPG on the highway, and the seats adjust in something like 30 ways. Problems solved.

So I’m making it sound like it was a surprise, but this was a process that started six months ago. I’ve done a ton of research on cars since then, and there was never any other car that even came close to the Jeep for what we wanted. We didn’t expect to be signing papers yesterday, but we instantly fell in love when we took it out for an hour-long test drive. We’re expecting to get at least ten years out of this one.