One does not simply visit the Big Island without doing volcano stuff. We set aside a day to drive over the saddle, so we could see the two main vulcanology attractions: Mauna Kea and Kilauea.

You can technically drive all the way to the summit of Mauna Kea, and there’s a cool observatory up there, but it takes a loooooong time, and a beefier Jeep than we had rented. So we settled for driving halfway up, to the visitor center. Outside there was a solar-observation telescope, and a ton of astronomy stuff going on inside. There’s a lovely hike outside as well, and in the saddle itself there’s a giant lava flow from the last time Manua Kea erupted. 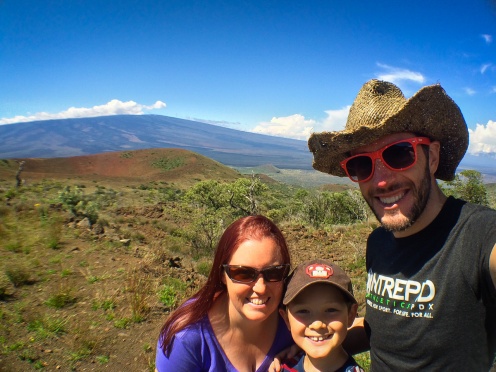 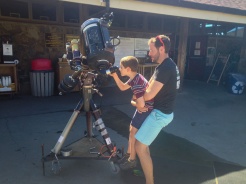 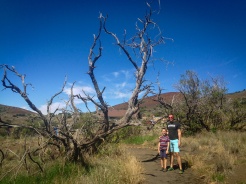 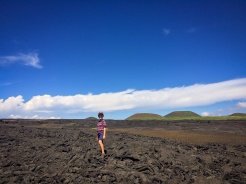 Next stop: Kilauea. Will’s in the 4th grade, which entitles him to a free national parks pass! There are something like a dozen stops and hikes in this park, and they’re all really awesome. The observatory on Halemaʻumaʻu crater has a great view of the live crater, with all the fumes coming out. Will loved the fact that at any moment the wind could shift and we’d all have to crowd inside the building – that we were in constant danger. 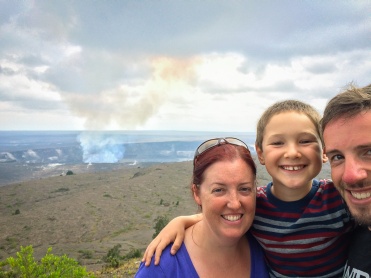 Our next stop was partway around the crater; Devastation Trail. There was an eruption here in 1959, and it turned a lush rainforest into a barren wasteland, covering up what used to be a road. We also stopped at the Thurston Lava Tube, which had a similar feel to the Lava River Cave in eastern Oregon, without so much claustrophobia. 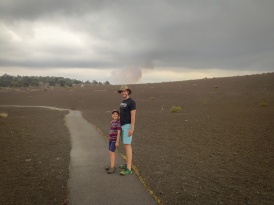 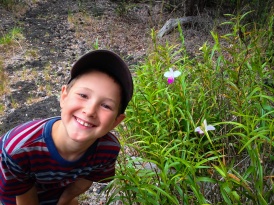 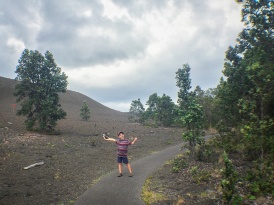 The Big Island is the newest one, and there are still parts of it that haven’t worn down enough for plants to grow. 3-year-old-Will’s bucket list had “drive a jeep on a volcano” on it, and we think we’ve managed to check that one off.