Since we’ve gone paleo, regular candy just doesn’t work for us. Trick-or-treating doesn’t make a ton of sense for Will and Lucy; they’d maybe get to eat 10% of what they brought home. So every year we find something else to do (and make sure there are other opportunities to dress up in costumes).

And so it was on this Halloween, we followed through with 2014’s 11th-day-of-Christmas gift, and trucked to the outskirts of McMinnville to visit the fabulous Wings & Waves Waterpark. Yes, that’s a real 747 parked on the roof. And yes, that’s where all the waterslides start. 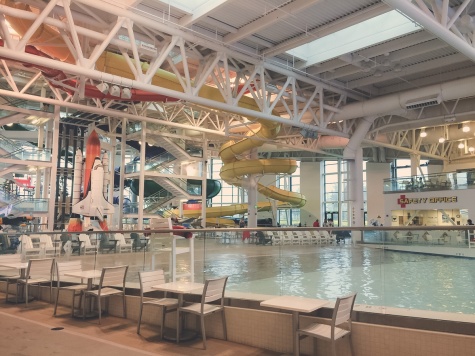 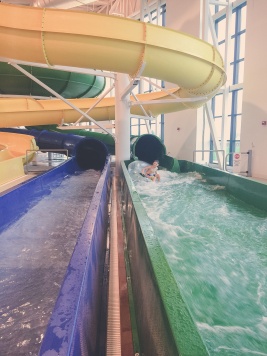 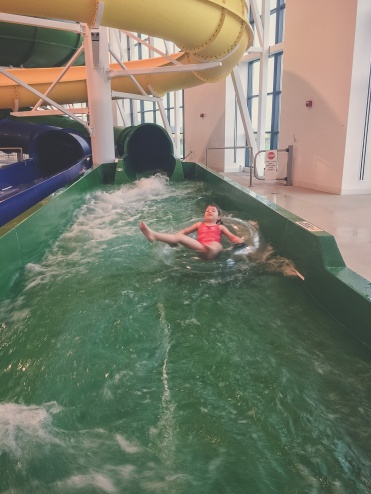 As an added bonus, since it was a holiday (and also partly because it was off-season), the place was almost completely empty! When climbing the 111 (!) stairs to the top of the slides, we would walk right past the signs that say “Wait time from this point: 35 minutes.” We never waited more than a minute to ride any of the four slides, and nothing was so crowded it was uncomfortable.

The kids had a blast, and so did I. The slides are great, the wave pool is pretty fun, and even the food isn’t bad for captive-audience park food – we found some good paleo options that fueled us through the rest of the day. Highly recommended, as is the museum itself.

You’ll find not one single Becky in any of the photos. She was having a lot of back pain, and decided it would be silly to pay her admission so she could sit on the sidelines, when she could be getting things done at home. So we made an exception to the 100 Things rules.