Will has been living at the Sandhill Center for a month now. We’ve had four phone calls with him and his therapist, four more with just us and his therapist, and we’ve been out there to visit. We now feel like we know enough to tell you how he’s doing.

He’s great. Honestly. We were worried that he’d get tired of the place, or he’d just get mired in the same black holes he always has, but they’re really helping him build resilience. They have a lot of rules at this place, to provide stability and structure, and when I asked him how that was working for him, he said:

This is going to sound crazy, but all these rules are making me happy.

That deep well of anxiety, unhappiness with himself, and frustration that he usually carries around with him was just gone. He’s so light, so comfortable in his own skin. He didn’t ask to come home, he didn’t display the anger that some kids have towards their parents for being at Sandhill — he knows this is the right place for him to get better. This is the happiest we’ve seen him in a very long time.

Now for some photos. Here are a few of the things he does when we’re not around: horseback riding (and taking care of the horses), school, the “squeeze machine” (like a giant, mechanical full-body hugger), martial arts, and dance class. 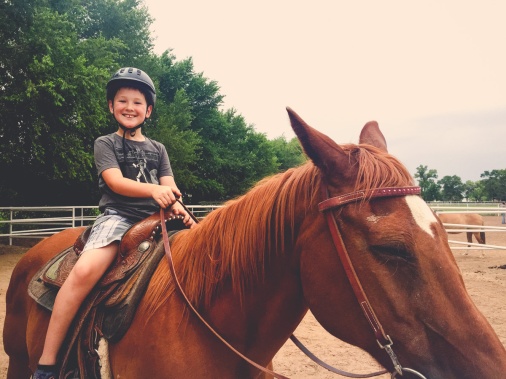 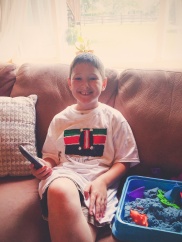 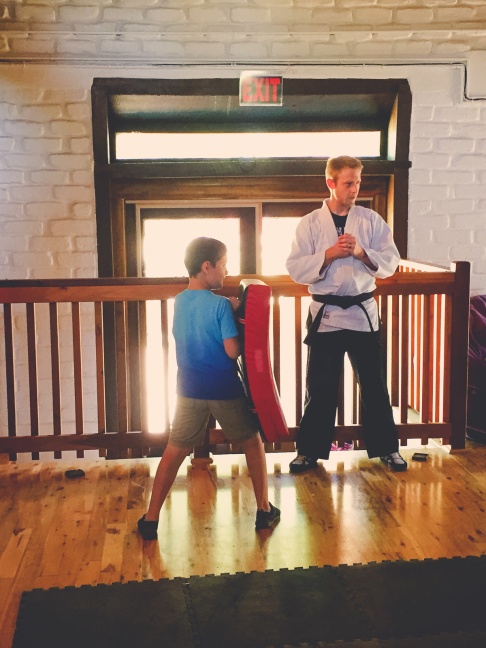 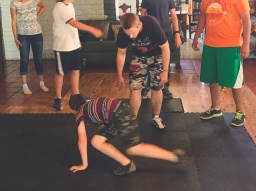 He celebrated his tenth birthday in New Mexico! We got together with him over Skype to sing the song to him, and sent him a model car to build. He even got a treat! 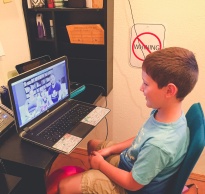 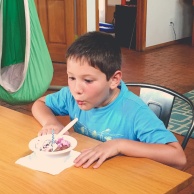 Some shots from our visit! We had two separate visits over the space of two days. It was 105°, so we didn’t do a lot outside. We brought some excellent tamales for lunch, got some snuggle-and-read-together time, played a few rounds of Mille Bornes, built a lava lamp, helped him decorate his room with some family photos, and got to meet the therapy pug, whose name is Egg Roll(!). There were also some working sessions with his therapist, which were very constructive. 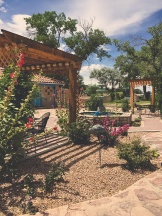 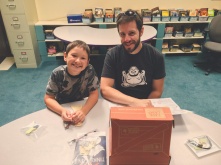 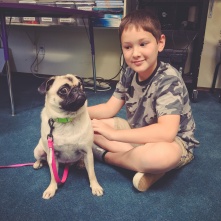 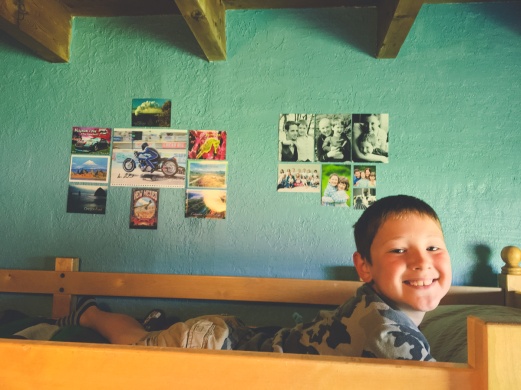 In between our visits we had a free morning, so Becky and I headed for old-town Albuquerque to see what we could see. We spotted Mike the bike guide while walking through the square, and he took us around for a bit. There were also lots of people playing Pokemon Go. 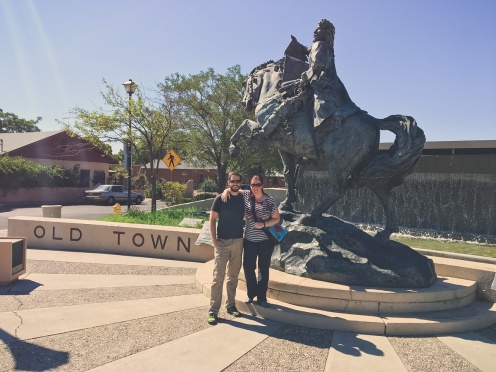 We can’t say enough good things about how this is turning out. We’re not suffering from the delusion that there are no struggles ahead, but it’s clear  he really is in the right place.