We like Madison. It’s a really cool town. And it has some really cool people in it. You know what else is cool? Theater.

For our musical event this year, we found a delightfully eclectic show. It’s called Alice, and it’s a version of the Alice in Wonderland story, but performed as a musical, with original music inspired by heavy metal. Yup. 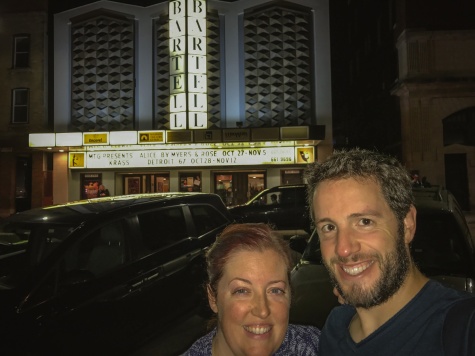 It was great. It’s community theater, so the cast and crew don’t have the resources of a Hamilton or a Light Princess, but they did well with what they had. The songs were well performed, the costuming was great, and there were some really good performances.

Also: we made sure to hit Graze for dinner. Holy yum.