Growing our own food has always been sort of a romantic calling for us. It just seems kind of magical that you can walk out back, pick something out of the ground, and make dinner out of it.

Our house is on a slope, and if you walk out onto the deck from the kitchen it’s a two-story drop to the actual backyard. So we called for some help from Becky’s dad Ken, who came through in spectacular fashion: he built us three raised garden boxes! No more crawling around on our knees! 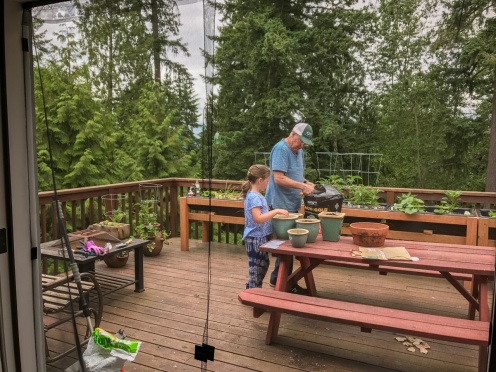 We filled all the tubs with dirt, planted a variety of herbs, several varieties of potato, and lots of tomatoes, and waited. After a while, we found that our tomato plants were bearing fruit, but there were never any ripe ones. Turns out we had a bird problem.

So I went to the hardware store, and came back with a load of PVC and some netting, andd made a canopy to keep the birds out. 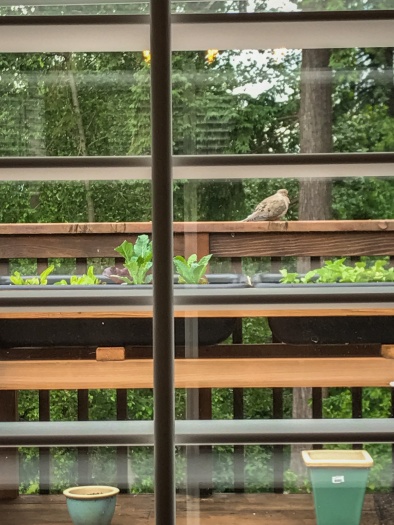 It’s been a winding road, but we did get some food in the bargain. Everything is done for the season now, but over the summer we had many fine tomatoes, and a few potatoes. But the best part is, having solved all these problems, we now know what to do next year. 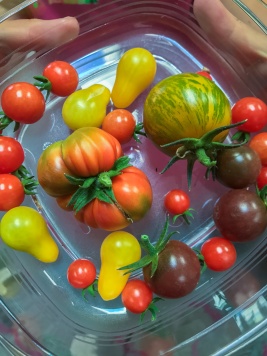 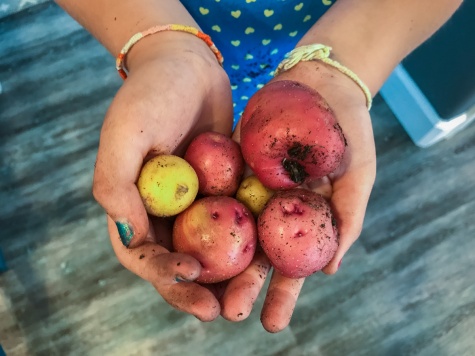