When Will started going to Sandhill last year, we always knew we’d start by visiting him, and then we’d eventually he’d be visiting us. This was the year the home visits (“home passes” in Sandhill jargon) started, as part of a months-long program to transition him back home.

Will’s first trip home was a short one. The goal with the first home pass is to get used to the idea of being away from all the Sandhill support, so he flew in on a Friday night, and back on a Monday morning. We spent a very quiet, very calm weekend at home.

In order to get him to Portland and back, I essentially went to pick him up. Southwest has a non-stop flight to ABQ at 8am, and one back at 6pm, so I flew out there and worked from the airport for a few hours. Around 4pm his therapist dropped him off at the airport, and I took him through security and onto the flight to Portland. Monday morning was a mirror image, except I rented a car for 4 hours so we could get a burger together before checking him back in. 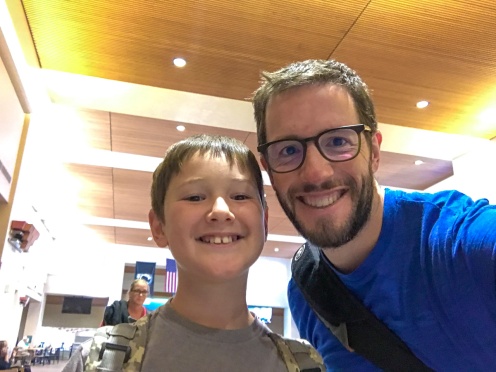 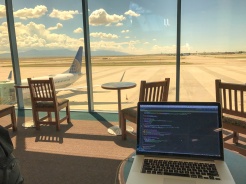 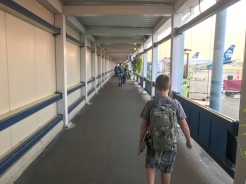 This time was very similar to the first, except his time at home was longer. Our house was listed for sale at this point, so we had to evacuate and go explore a fish hatchery for a few hours one day. We ate sushi, he soaked up puppy time, and we just hung out near home mostly. When I took him back, our rental car was a VW Beetle, which he scoffed at, but I rather enjoyed. 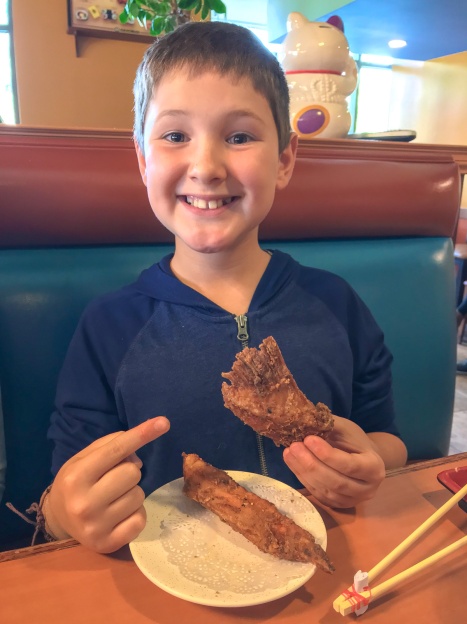 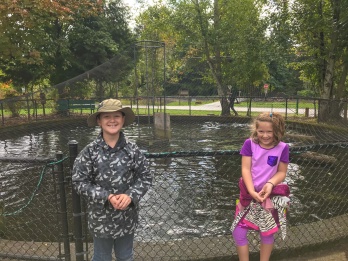 This was Will’s first time flying unaccompanied minor! A Sandhill staff member took him all the way to his gate in Albuquerque, and I met him at the gate in Portland, but he was alone for the entire 3-hour flight. He managed it just fine, though, sticking to just two ginger ales.

This was a busy visit – it was the day after Thanksgiving, there was a Jenson family reunion happening, and we had just moved into our new house, so there were lots of jobs to do. We hung his air chair, built a desk together, and he participated in an intense couple hours of reunioning. We also squoze in a visit with the Swanks, and his great-grandmother Anne, who is 99 this year. 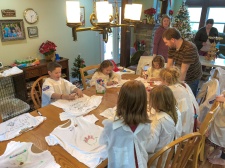 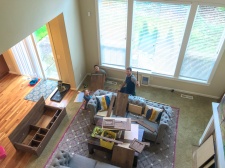 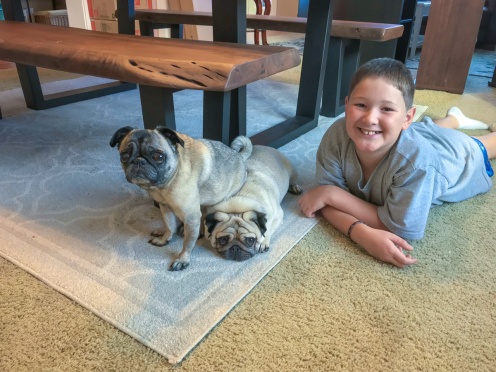 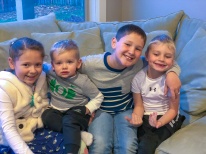 This visit is still happening as I type, and it’s our longest with him yet. We managed it so that we could celebrate our full 12 days of Christmas together, and we actually ended up with snow!

We’ve spent some time making our new house more of a home, as well as a few days at the beach (his first visit to the ocean in over a year), but mostly just being a family together. 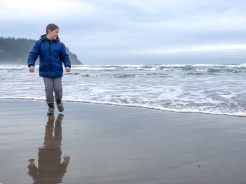