It’s hard to find anyone who can stand sci-fi that doesn’t like Firefly. The show itself is popular, but the drama surrounding its making and cancellation is pretty engaging on its own. Becky has seen the whole series multiple times, but for me it’s only been once, so it was time to relive the magic.

And yes, that’s us dressed as Mal and Kaylee for Halloween in 2010. 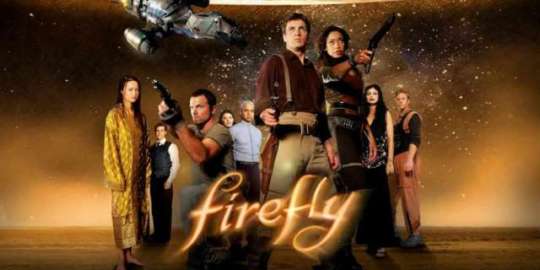 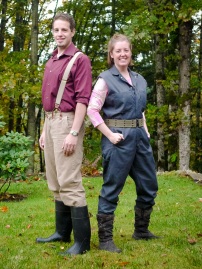 Ben: Oh man, this series was soooo good. It had so much potential, and it was hard to watch knowing the end was so close to hand. I loved the little details; the Chinese swearing, the little grammatical regionalisms, the nuance with which they treated the sex trade. I mean, the science was iffy at best, but the fiction. Now that we’ve finished I’m sad there’s no more to watch. This show deserved six more seasons.

Becky: It’s been 8 years since I’ve watched these through. They were a favorite of mine & Mike’s and we shared them with Ben & Margaret. Rewatching reminded me of just how big of a story this was supposed to be and just how unfinished the cancellation left each character’s storyline. The character development and their relationships are the best part of the show; you can’t help but be drawn in and want to know even more. The movie (years later) helped, but couldn’t reach the depth needed. There will always be a special place in my heart for this amazing story that almost was.

One thought on “#5: Firefly Marathon”