We have a way when it comes to road trips. First of all, there are two types: there’s the kind where you need to get somewhere, and there’s the kind where you don’t. Ever since 2014, we made it into a game. With rules. This worked in 2015 as well, but since we live kind of near a coast, and east and south were already taken, we were a bit more constrained this time around.

We set the stopping point for our initial leg as Vancouver, British Columbia. After Lucy’s school let out, and the last-day-of-school potluck ended, I took her south to her grandparents’ house, then back home to load up the car with everything we thought we might need. Only then did we start heading north. We managed to miss Seattle rush hour, but that put us in a long line to cross the Canadian border, and we got to our pre-arranged hotel (we kind of knew this was going to happen) around 1am.

The next day we spent exploring Vancouver on our own. We walked through the Gastown and Yaletown neighborhoods, stopping at a unique sneaker shop where Becky bought a new little zipper bag that she couldn’t get out of her head. We also wandered Chinatown, with its million shops full of mysterious dried ingredients. 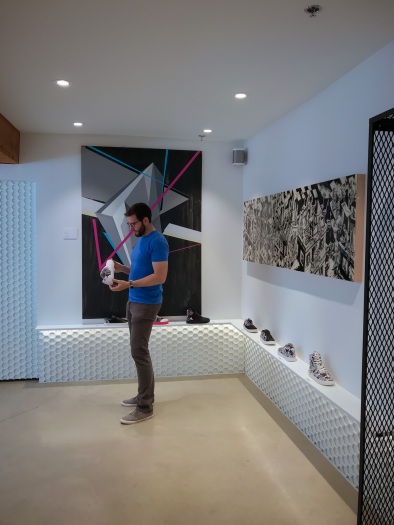 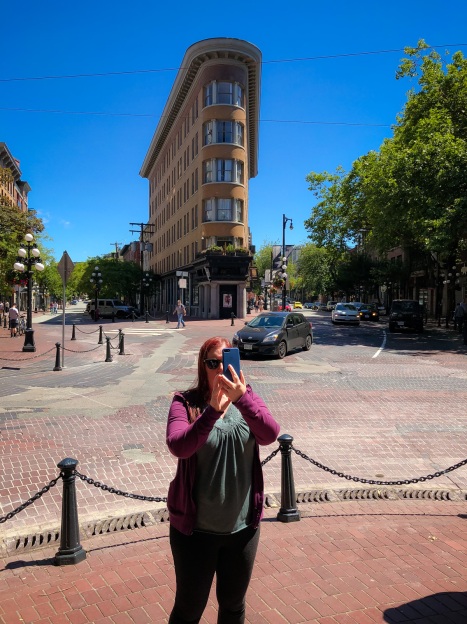 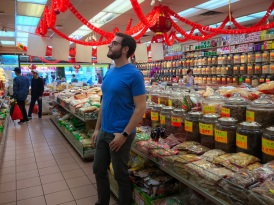 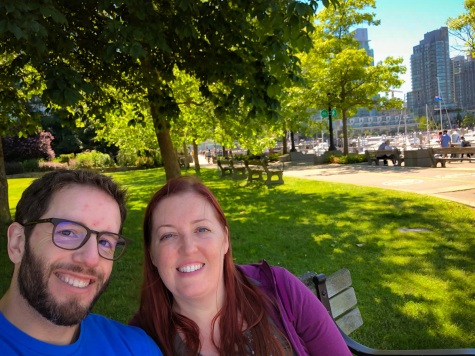 The following morning we did a guided food tour, which we looooved and will post about separately. We spent the afternoon collecting Roadside America stops, and headed north to Squamish, where we enjoyed a lovely meal and a nice riverside stroll. 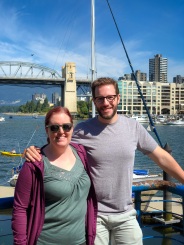 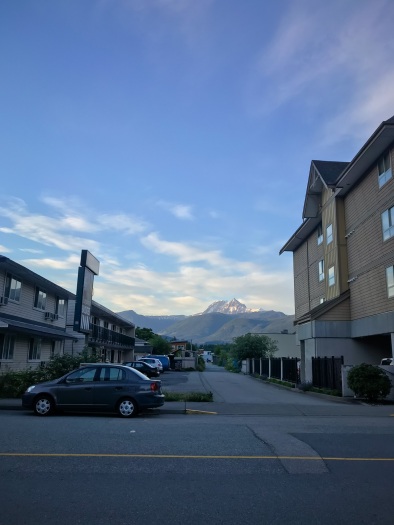 The next day we went to Whistler. It was fun visiting the Olympic village and walking the high-priced alpine town. We stopped for a beautiful hike at Nairn Falls, and wended our way northward through the mountains. In addition to our starting direction, we were finding that town in BC weren’t very common, and the main roads tended to only go north and south. We did a bit of research and booked a room at Spring Lake Ranch, just north of 108 Mile Ranch, which is actually a bit further from Vancouver than it sounds.

On the way, near 70 Mile House, we spotted a Sugar Shack! This is a thing from the Northeast US and eastern Canada, which we first experienced during a freezing winter near Montreal. Everything there is about maple syrup, and if we hadn’t just bought a gallon of the best syrup in Vancouver (more about that in our food tour post), we probably would have bought a bunch here. Our meal was delicious and perfect.

Then we drove to Spring Lake Ranch. We were expecting a few cabins, but the truth is closer to a dude ranch than a resort. The place was just gorgeous, but when we tried to go for a walk, we were nearly eaten alive by billions of mosquitoes. We decided to spend most of the evening indoors. 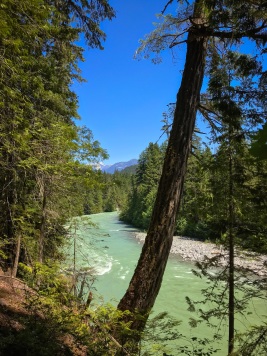 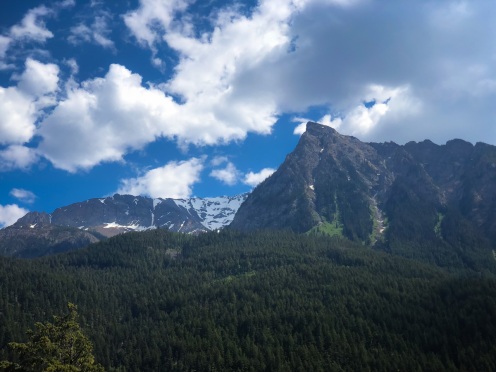 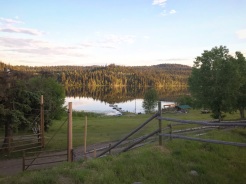 The next morning we enjoyed a lovely breakfast with an amazing view, and then went horseback riding! (This was Becky’s first time, so it became its own Thing. Post forthcoming!)

We started heading east, seeing our trip taking shape. Without the network of roads criscrossing the country like in northeastern Oregon, drawing a random direction is generally no use at all, and we were far enough from home that we needed an overall strategy to make the whole thing work.

Around lunchtime we discovered the existence of River Safari, with a boat tour around Mud Lake. We donned our adventure hats and settled in for some wildlife spotting. We saw a young brown bear!

We booked a cabin in Tête Jaune Cache (apparently this is pronounced tee-zhawn by the locals) at the Tete Jaune Lodge, which we can’t recommend highly enough. The woman who checked us in was super friendly, the cabin was perfect, and a butterfly landed on me! 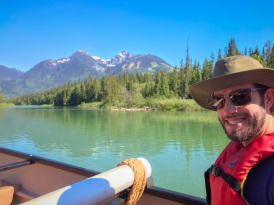 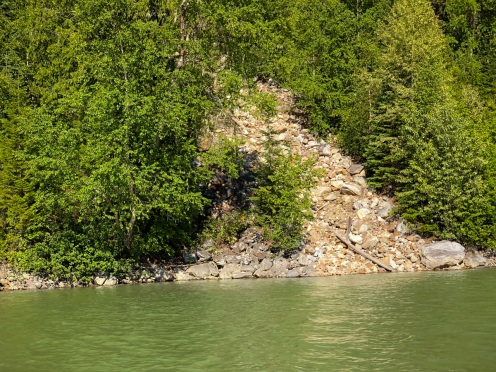 The next day we headed into Jasper National Park, which is so beautiful and dramatic that it’s hard to describe. In terms of tourism it’s a lot like Yellowstone, especially when there’s a herd of elk on one side of the road. This is one of the most beautiful drives either of us has ever been on. It really made the trip.

Our endpoint for the night was Lake Louise. I had been here before with Margaret and her family, and had fond memories of the lake and the lodge, both of which were just as I remembered them. We had dinner with an amazing view, then went down the hill to the room we could actually afford. 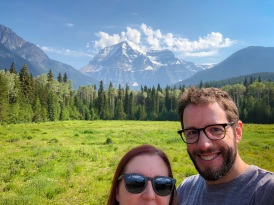 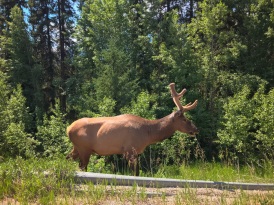 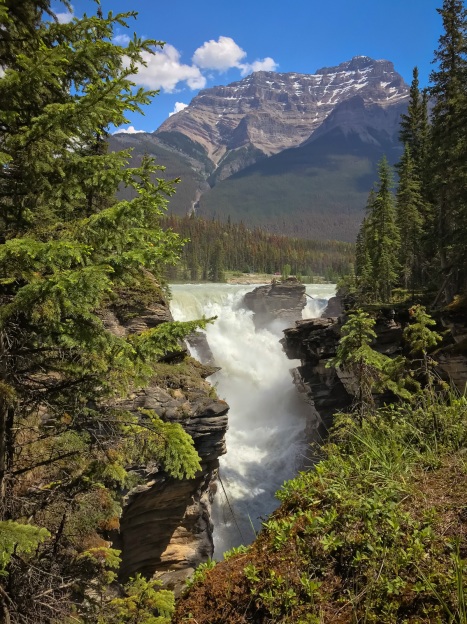 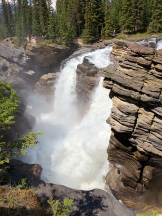 Now it came to the point where we had to make a plan to get home before our obligations overtook us. We took a detour to find the Deep Creek Tool Museum, and did not regret it one bit. This is home to the world’s largest non-motorized lawnmower, and a fascinating collection of other tools, machines, and et cetera. The owner, who is justifiably very proud of his collection and restoration work, gave us a personal tour and demonstrated several of the kerosene engines. So great.

We spent a night in Kelowna, a Eugene-sized city we didn’t know existed, but found out we really liked. We found a few more Roadside Americas, ate a delicious dinner, and turned in for the night. 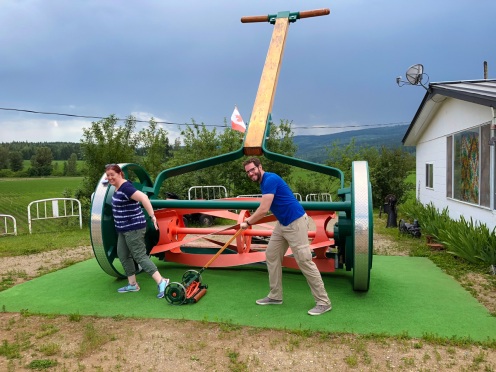 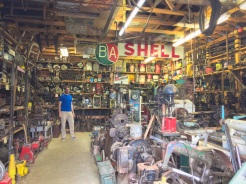 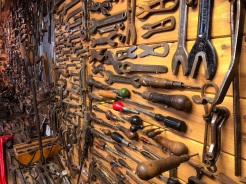 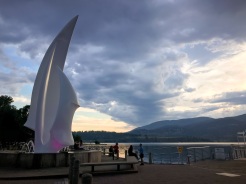 The next day we had to make it home. There were a lot of miles to cover, but we don’t let that keep us from having fun. We stopped at a coffee shop in a converted church, shook hands with a sasquatch, crossed back into the US, saw the world’s largest waterfall, were chased by dinosaurs in Granger, and had lunch in a furniture store in Zillah. We arrived home tired and satisfied, and then headed straight out for a party. 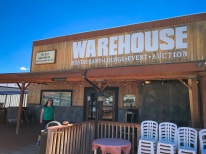 So we didn’t get to follow our normal no-destination rules for this trip, but it was still very satisfying, and scratched that aimless-exploration itch for both of us. Now we just have to figure out where to go for the next one.