After heated negotiations, it was determined that 2012’s Straub thanksgiving was to be held in Riverton, Wyoming. We could have flown, but where’s the fun in that? We decided to travel in style:

Our plan included three days of driving to get there, and we figured our biggest challenge (besides the cost of gas) was going to be keeping two short people entertained. We did what any respectable parents would do: park them at the kitchen table with a basket of books, toys, and activities.

Our first day was a short one. Once we packed the RV with all of our stuff and enjoyed a sushi lunch, we hit the road for Pendleton. We were glad to have planned it this way; it took us a while to settle into a routine, and there were quite a few unplanned happenings. We stopped in The Dalles for what still stands as the best gluten-free pizza we’ve ever had. We arrived in Pendleton after dark, found our KOA camp spot, plugged in our hoses and cables, and collapsed without ceremony. Here’s what it looked like the next morning:

Day two was to be longer; 6 hours of road time. I spent most of the time behind the wheel. It took a while to become accustomed to driving this monster, and even longer to actually be comfortable with it.

For the kids there was less of a challenge; they had no trouble settling into this routine. 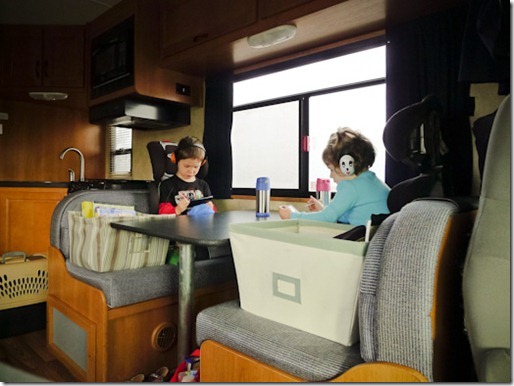 We stopped in Baker City, found more gluten-free pizza (this time with a hilariously bad website), and I dropped the kids, pugs, and wife off at the park while I went to fill the tank.

We traveled across the vast expanse of eastern Oregon and central Idaho. We didn’t stop too much, either; maybe every hour or so? We were determined to not use the RV’s restroom while in motion.

Our Twin Falls experience was much like Pendleton: arrive after dark at a KOA, set up camp, go to sleep, take photos in the morning.

Day three was the longest yet; worried about weather, we detoured into Utah to avoid the riskiest mountain pass. By now we had a definite routine: wake up, eat breakfast, pull all the plugs, drive 10 miles, stop to use the bathroom, drive 30 miles, stop for lunch… you get the idea. We didn’t plan on covering any real distance until after lunch.

Becky was inspired by a road-trip trick from her lovely Aunt Kate: every 100 miles, have the kids open a goody bag, which contains a new game, activity, or book. This works brilliantly, by the way; the kids loved it. This one was a real winner: they each got a giant book of blank faces, and the last few pages were filled with stickers of eyes, noses, mustaches, and monocles.

Just before leaving Utah, we stopped to stretch our legs in Echo Canyon. This scene wasn’t posed at all, but it’s pretty representative of us as a family during this trip. 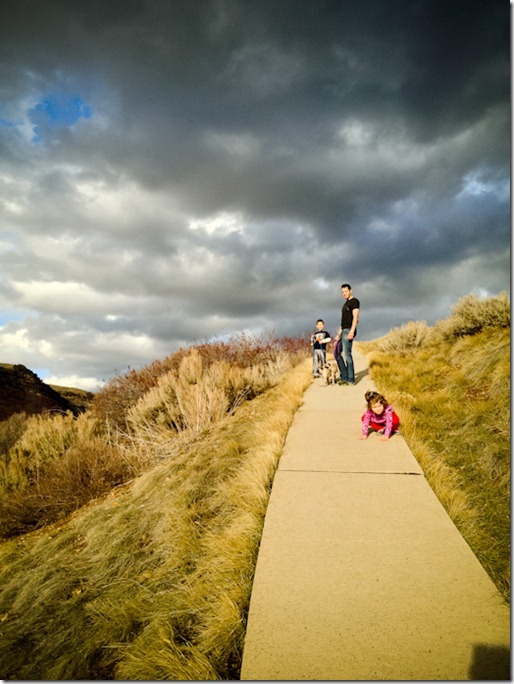 You may have noticed that the sun was getting rather low in the sky in those last few photos. Yeah. This was the longest driving day of the entire trip, and we had to make it all the way across the windy plains of Wyoming before stopping. We arrived in Riverton around 11; my poor mother greeted us in her pajamas. The kids didn’t even know we had arrived until the next morning. Once they realized, though…

Our method for teaching the kids to ride a bike was to never use training wheels (the hardest part is balancing). They both started with a glider bike, and Will had graduated to a bigger bike, which worked about the same once we removed the pedals. When we pulled out the Tonka-yellow monster this time, Will got brave and asked us to put his pedals back on, and within minutes we had a real cyclist! He’s so proud of himself! 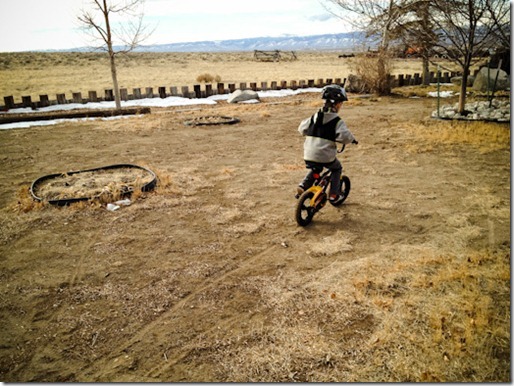 Lucy had a ton of fun with all the toys that Grandma and Grandpa keep around their house. The little yellow car you see in the background is pedal-powered, and used to belong to my little brother.

Here’s what the rest of that day looked like: 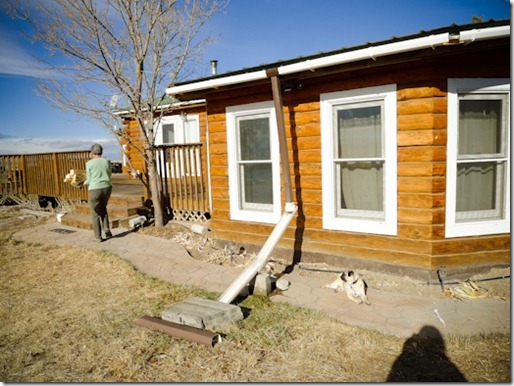 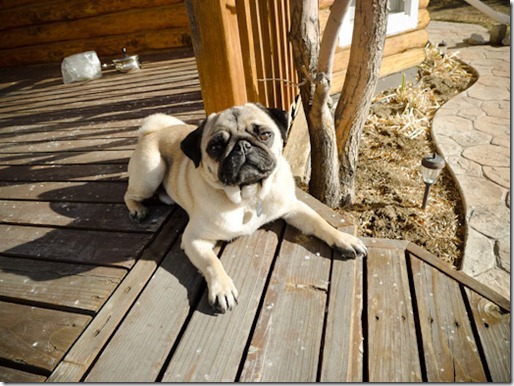 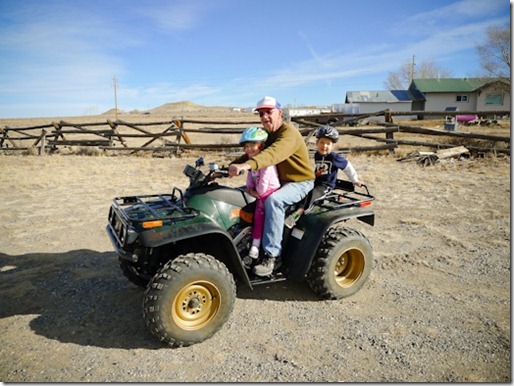 A day and a half later, my big brother arrived with his family, and the kids started where they had left off when they last saw each other. 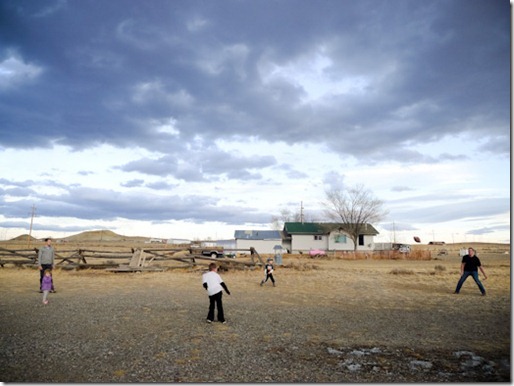 Afterward, we all went to a surprisingly excellent local steakhouse as one big family.