It’s time to hit the road with my dad! This is the second time we’ve done this, and it might end up being a yearly tradition. I love that we get to visit people we care about, and see the country.

On the first day we drove straight to Roseville (just outside Sacramento). We took I-5 the whole way, and stopped only for lunch and dinner – we were on a strict deadline. So the only Roadside America stops we made were in Albany, Oregon and Yreka, California.

In Albany, we stumbled upon a locals’-favorite Hungarian buffet(!), and ended up touring the woodcarving station below the historic carousel that the town has been restoring for ten years or so. We collected several more RA’s before moving on (post forthcoming).

In Yreka our dinner stop had a grilled-cheese sandwich with mozzarella sticks in it, so of course I had to order it. We wandered around with the setting sun, gathered a few more stops, and marveled at the historic main street. 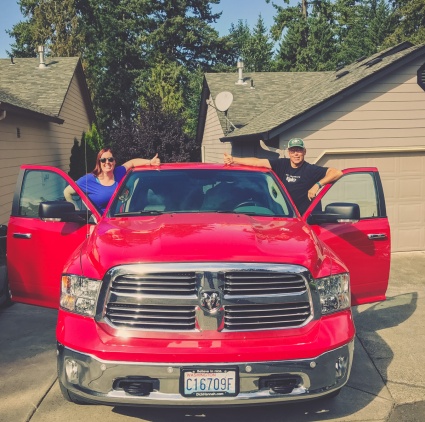 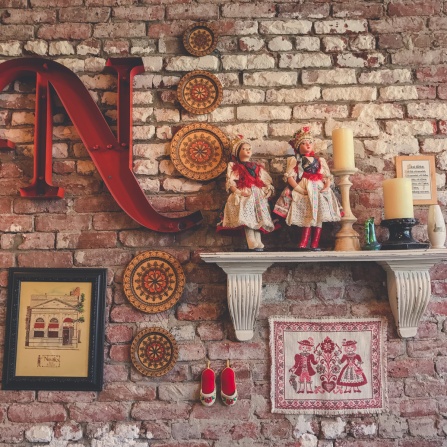 We made it to Andrew and Michelle’s house really late. Dad and I convinced Andrew and the girls to spend an entire day with us, driving around Sacramento, gathering Roadside Americas, and getting to know their town better. This included a longish stop at Fairytale Town, a funky little place like Enchanted Forest. That night we went to original Roseville Square to see Beauty and the Beast under the stars.

The next day, the whole gang packed up and drove out to Empire Mine State Historic Park, where we toured the equipment, all the old buildings, and the big mansion. We stopped for a giant Italian lunch in a tiny town nearby, then we headed over to South Yuba River State Park where having forgotten my swimsuit did not stop me from going in the water and having a good time. We ended the day with dinner at Rita’s! 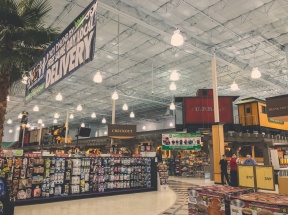 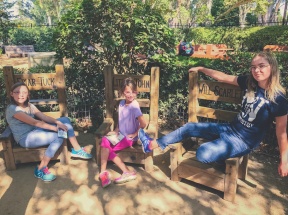 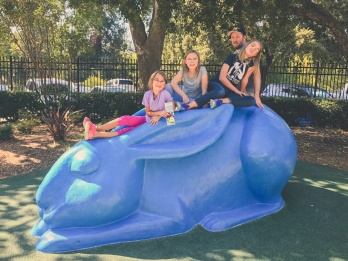 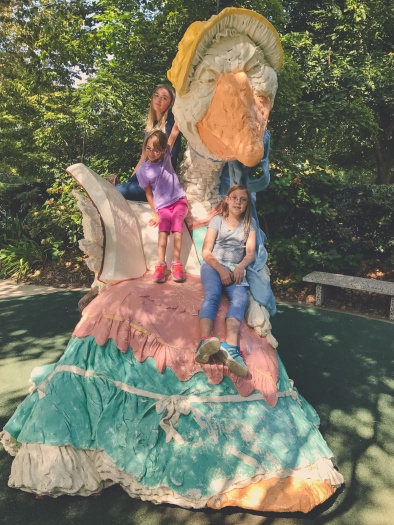 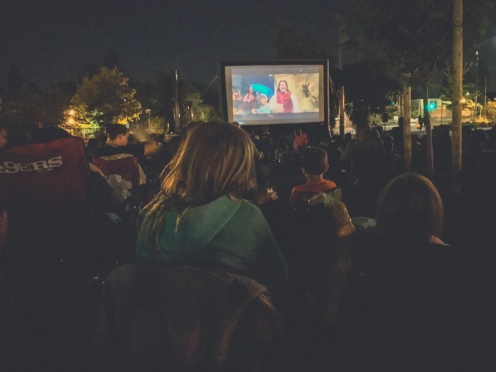 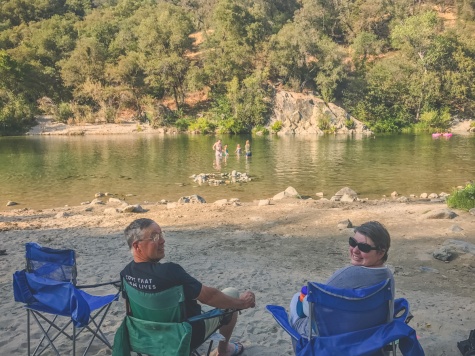 The next day we moved on, heading east to Calaveras Big Trees State Park. My dad likes revisiting neat places he went with my mother, and this park totally lived up to his hype.

We followed 395 south for a while, stopped in Lone Pine for a few more Roadside Americas, including the Film History Museum. Because this location was so close to Hollywood, this desert area is where more than 300 films were made, including the absolute classic Tremors!

From there we cut through Death Valley, where the temperature got up to 106°! In September! 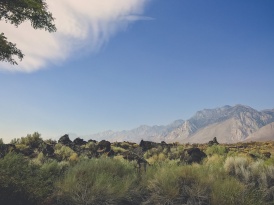 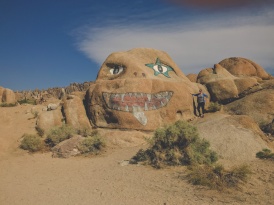 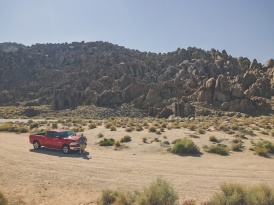 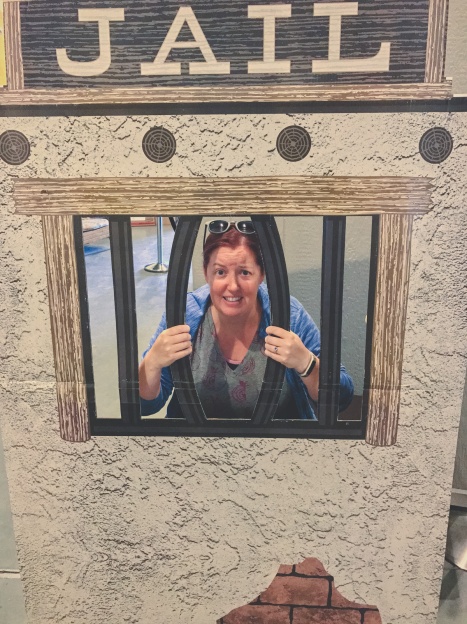 That night we made it all the way to my dad’s sister’s house in Las Vegas, where we spent the next few days. We all had a great time catching up, digging deep into my dad and his sister’s fascinating upbringing and hanging out with my cousins.

From there, we headed towards Arizona, with several stops for Roadside Americas, including a really interesting stop to check out Meteor Crater, and a side trip through Seligman (the Route-66 town that inspired the Cars franchise).

We ended up in Pine Top, Arizona, where after I showed my dad the joy of an all-appetizer dinner, we settled into our rental condo. 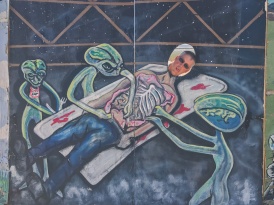 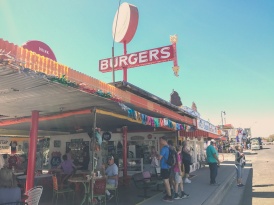 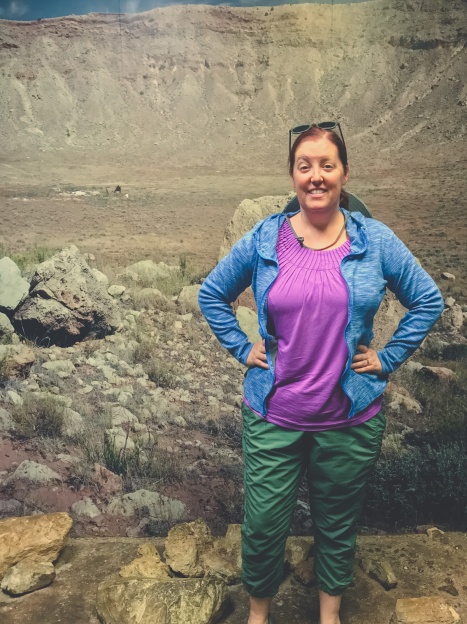 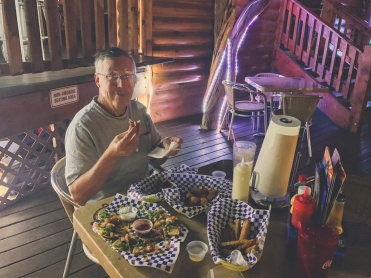 We spent the next several days in Pine Top, where my dad had rented a condo through his time-share company. We explored the history museum in Holbrook, including the haunted basement, and spent half a day in Petrified Forest National Park, driving around, doing mini hikes, and seeing the visitor center.

And then came what was probably my dad’s favorite part of the trip. Following an obscure internet tip, we followed nearly-invisible dirt roads just outside the park, to find a few beat-up trailers in a big field of petrified wood chunks of all sizes. My dad filled two big Home Depot buckets with chunks of fossilized tree, and took them home for $40. 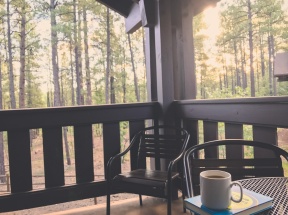 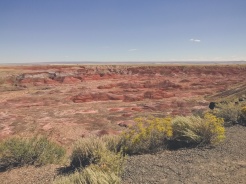 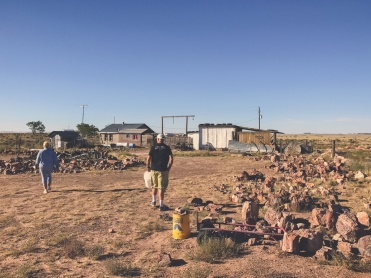 The next day, we checked out the local nature center, did a short hike, and later that afternoon did a longer hike near the condos, and came across cows on the trail. There was also lots of quiet reading time and several HGTV shows.

The next morning, my dad dropped me off at the super-tiny Show Low Airport, where I rode in the smallest commercial plan I have ever been on. This last photo is taken from the very back row. 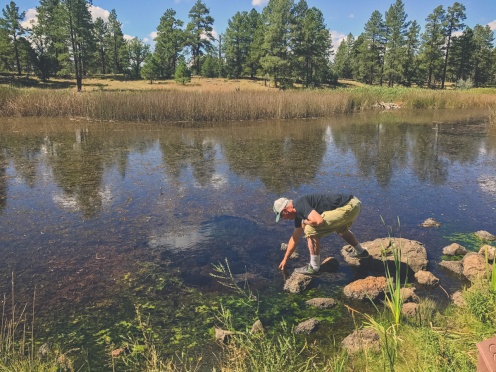 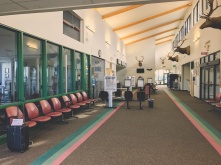 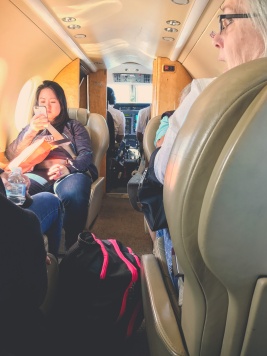 This time around we listened to podcasts, instead of an audiobook. We had a wide variety, and learned a lot of stuff. Our favorites were Maeve in America, The Sporkful, and Malcolm Gladwell’s Revisionist History. My dad is already planning where we’ll be going next year!